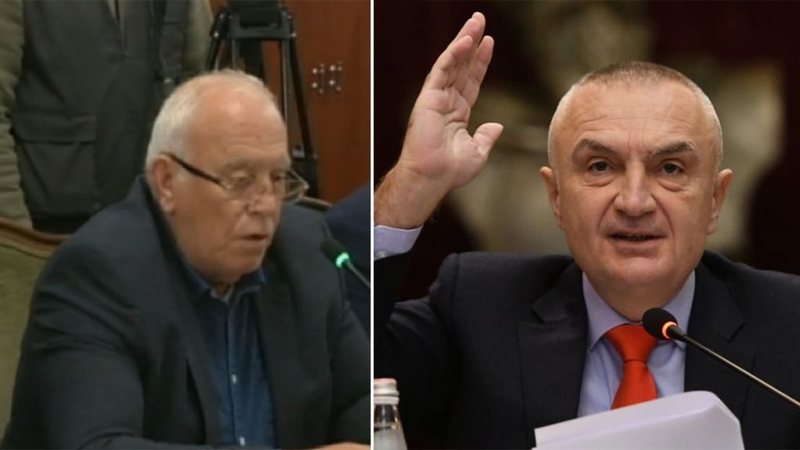 The Commission of Inquiry for the dismissal of President Meta failed today to approve the names of the experts who will prove the violations of the head of state.

This meeting was accompanied by harsh tones between the socialist Spartak Braho and the chief commissioner Alket Hysenaj. Braho described it as shameful to state in their request that Meta is the guarantor of the Constitution.

Meanwhile, specialized institutions such as SHISH have been asked to provide information about the president's meetings if they have any doubts about these meetings that have been described as secret in the media.

Braho: A material has been distributed but yesterday I had time to read it in the third chapter, the point of serious constitutional violations. I do not know who dealt with the wording, but it is said: The President of the Republic is the head of the Albanian state, the guarantor of the Constitution and the representative of national unity. Where did they find this?

Hyseni: Where did they find him? Mr. Braho, this is a request signed by 49 deputies. They have formulated it as they have judged it. That request is as they thought, they judge that we are in front of those circumstances and violations, and it will be decided by the commission that we have or do not have in the alleged violations.

Braho: But I'm not there, you are not following me. You and I have signed this request. Where was found this guarantor of the Constitution the president. It is a shame, because President Ilir Meta uses this. I have been a guarantor for three months, while he is not a guarantor.

Hyseni: It does not matter, it is in the figurative sense. You should have asked yourself this question before signing and the person who is the guarantor of the unity of the people, when the Constitution says so.

Braho: No, the Constitution does not say that.