"This government is coming from all sides"/ Dash Sula bursts out and leaves nothing unsaid: Technical government is a possibility, but not with people who are... 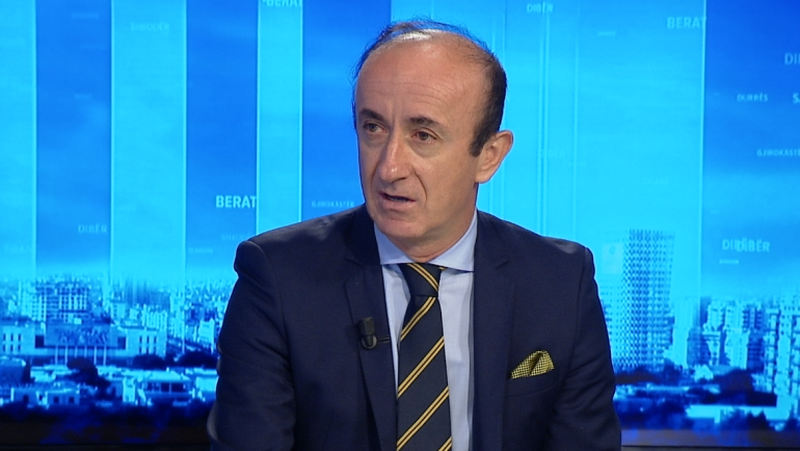 The deputy of the Democratic Party, Dashnor Sula, says that this government should leave an hour ago, as it has lost its reality.

In a television interview, Sula says that "SP and this government have made this country stink and the wind is coming from all sides." Every time they open their mouths, the smell of pus comes. But I say as a whole, this political class has its own sins. In 2013, the people kicked us out because of corruption".

DP and PL are denouncing the affairs of this government from the incinerators to the port of Durrës. Are you crazy?

-I personally am not surprised by the scandals of this government and previous governments. I do not put my face and tell the voters that I am a crystal or that I have not enjoyed privileges, but the greed for power and wealth of these people is insane. Their eyes are blinded, they think they will take everything with them. The mayors who will win next year must urgently make transparency about the tenders, that tenders have been made and no work has been done. If KLSH or economic crime enters, they will find no end.

We are talking about a hot September. How do you see the immediate political future?

- SP and this government has made this country stink and the smell comes from all sides. Every time they open their mouths, the smell of pus comes. But I say as a whole, this political class has its own sins. In 2013, the people kicked us out because of corruption.

Do you see the possibility of a Technical government on the horizon?

- Definitely, but not with people who have been unmasked. Someone who has engaged in prostitution cannot sell morals of honesty. Politicians who come out and speak must first look at themselves and the people they represent. There are politicians today that you can hardly accuse. No one tells Dash Shehi that he is corrupt. The moment has come when new people must come forth who have no sins. For 30 years these political actors have been moving and circulating, sometimes they attack, sometimes they do good. But that this government should be overthrown, it should be done an hour ago. If there are men and women within the SP, they should put the reins on this government. Now not only the brain is gone, but the labor is also gone. In Peqin at 7 in the evening there are no more people on the streets. Don't look at Tirana, it's another thing.