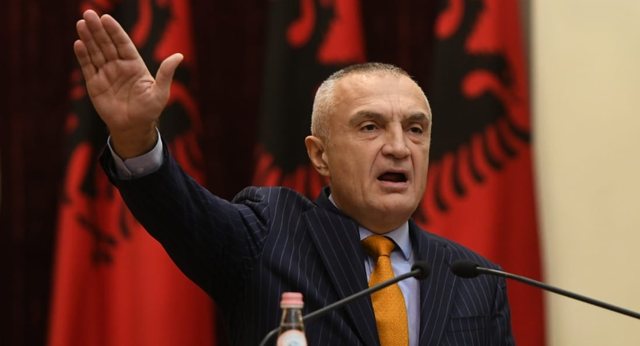 President Ilir Meta, concerned about the merger of his party, the SMI, has seriously engaged in the electoral campaign, thus violating the important position he holds.

Through a post on social networks as he emphasizes that Albania ranks first in Europe for the number of economic asylum seekers, he issues the strong call that now is the time to think and act for Albanians.

"Albania ranks first in Europe in the number of economic asylum seekers, leaving behind countries that have just emerged from war and civil conflict.

An Albanian today feels more hopeless than a Syrian, Iraqi and Afghan.

TIME TO THINK AND ACT FOR ALBANIANS! ”, Writes Meta. 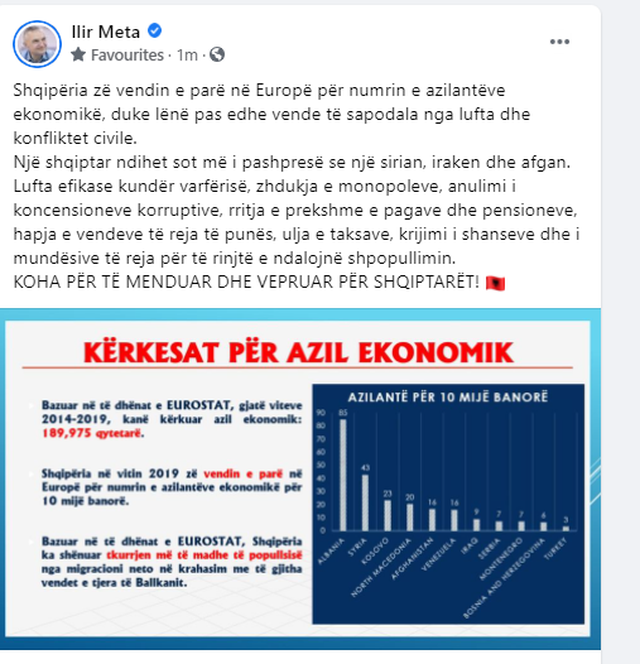 Exactly in this numerous post are the citizens who comment and write that they remembered Albanians very late.