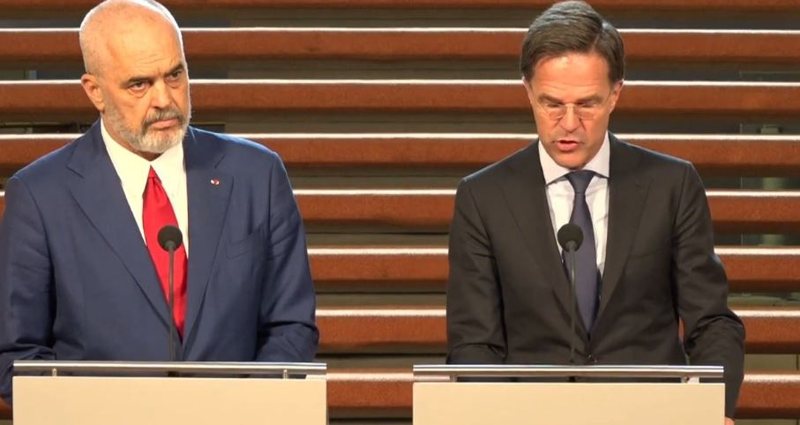 The Prime Minister of the Netherlands, Mark Rutte, held a joint press conference in Amsterdam with the Prime Minister of Albania, Edi Rama, where he said that his country strongly supports the opening of negotiations for Albania and North Macedonia.

He emphasized that Albania has worked hard to get here, while adding that the Netherlands supports the French proposal for resolving the impasse with North Macedonia and Bulgaria, which is holding the two countries hostage.

"Of course, it was only a short time when we were together at the joint summit in the EU, which was not a successful meeting. The countries of the Western Balkans are working hard to become part of the EU, and the Netherlands strongly supports Albania. But the problem here is North Macedonia, for which the French presidency has provided a solution. We support the French proposal. The latest we know is that the government is taking a look at the proposal. When a compromise is reached, the EU will not leave North Macedonia alone. We will support Albania and North Macedonia. Similarly, this support will be for the government of Edi Rama, which has done a good job", said Rutte.

The instructions from the US for the head of the "Albanian FBI", the Americans under the target of dirty money, the isolation of political-economic mafia families in Albania is expected

Ilir Meta's warning comes: The hour of the state is coming!