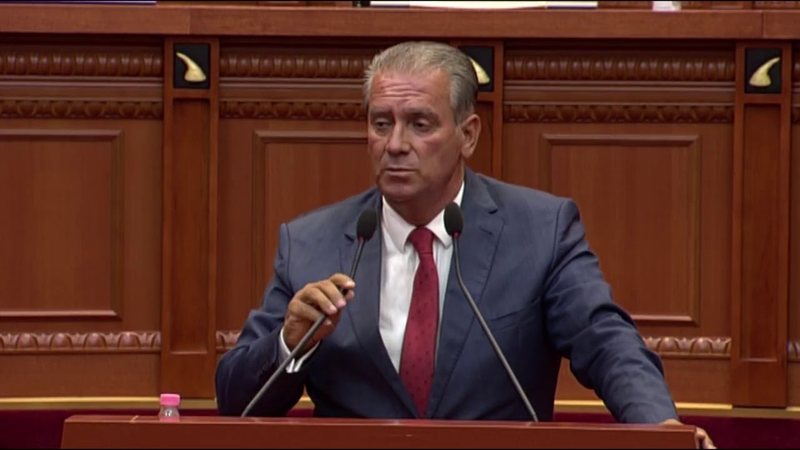 Elections are approaching. The leader of the Balli Kombëtar Party, Adriatik Alimadhi, has published the list of candidates for MPs in the April 25 elections of the political force he leads.

Alimadhi writes that the list is not final, while inviting every ballist and every family that has had historical ties with the National Ball to join this list.

Dear members, dear supporters of the Balli Kombëtar party, dear friends of this site, this is the list of candidates for deputy in the general parliamentary elections of April 25, 2021, Tirana Region.

Let me know according to the decision of the presidency that the lists are open and whoever gets one more vote wins the mandate.

I invite every Ballist and every family that has had a historical connection with the National Ball to join this non-final list in the definition.

You are welcome until the legal deadline for submitting your request

The race of April 25, Kryemadhi surprises with the statement for the prime minister: It deprives Edi Rama of the right to…

The race in front of Taulant Ballës in Elbasan, Gazment Bardhi reveals how many mandates the PD aims for in this region

He was on an official visit to Brussels, Rama returns and gives the good news from Rinas (VIDEO)

"Whoever steals a vote, on April 25 I will cut off his hand, starting from Monika and onwards", Petrit Vasili comments on the strong statements of Ilir Meta

They were scheduled to arrive today, but were canceled, the Ministry of Health comes out with another important announcement about Pfizer vaccines

Will he be part of the race with the SP in the April 25 elections? Here is how Sander Lleshaj answers

President Erdogan sent him a letter, the first reaction comes from Albin Kurti

"It has caused great dramas in the history of Albania", Sander Lleshaj comes out with a strong message for the opposition

Kisses with hands and hugs, President Meta makes unusual gesture at the end of the show (VIDEO)

Today's agreement PD-LSI, Baton Haxhiu reveals the scenarios and says with conviction: Here is who comes out the first party after April 25!

'Only the referendum on April 25 opens the negotiations', Meta raises his voice to the journalist: Elections are everything, whoever sells the vote as a sheep or as a cow, has no right to…

Agreement with the SMI, Basha posts his photo with the Prime Minister and gives the coded message to Rama