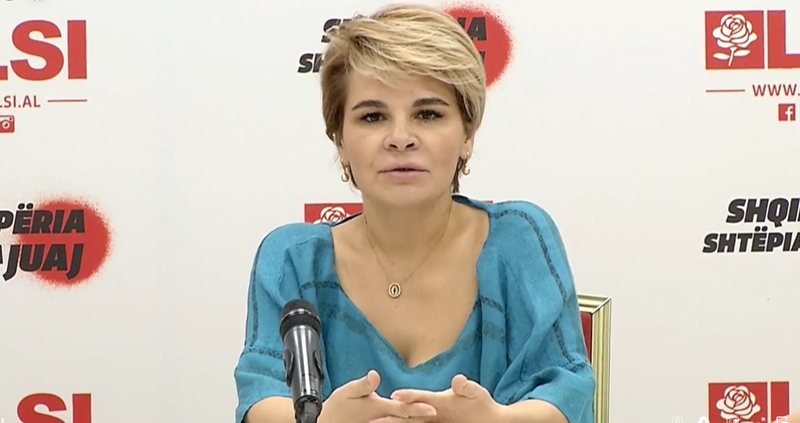 The chairperson of LSI, Monika Kryemadhi, has responded to the statement of the Tirana incinerator concession company, Integrated Energy BV SPV, which denied today that it has no connection with any company denounced in fiscal evasion.

Invited to the show "Open", Kryemadhi said that their statement is correct, but their direction is wrong. Kryemadhi clarifies that when we talk about Tirana's incinerator, we mean the subcontractor company owned by Klodian Zoto.

Among other things, the head of LSI says that she wants transparency of her investments in the Tirana incinerator from the concessionaire company.

"In fact, they made the statement correctly. But their direction is wrong, because they are called Integrated Energy BSV, and when I say the incinerator of Tirana, it is the subcontractor. They are the beneficiaries of the concession that must invest in the Tirana incinerator. With one condition that the Municipality of Tirana will deposit the waste and incinerate it for 29 euros per ton.

The company is fine, but there is a problem that the company has subcontracted Klodian Zoto, the ITS. What I am asking for is the lack of transparency, or what is the reason that Integrated Energy does not explain and does not give us the transparency of its investments in the Tirana incinerator. Indeed, this company has nothing to do with tax evasion, but their subcontractor has committed tax evasion with 30 million euros.

We must understand that this is a huge criminal and corrupt scheme. It's normal that maybe coincidence and persistence made it clear. In hindsight, it looks normal. But it turns out to be a very big corrupt scheme. In all the lawsuits that I have filed in SPAK, and the additional lawsuit that I will file in the coming days, the battle between me and the incinerators takes place in the Special Prosecutor's Office. The battle will continue politically.

But from the factual side, Klodian Zoto cannot deny that with Integrated Technology Service, Integrated BV SPV has passed Klodian Zoto 25 million dollars. What is important, AlbTech Technology, are two other companies with the same owners", said Kryemadhi.