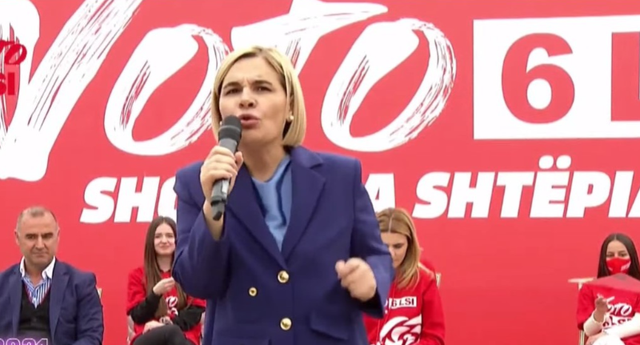 The campaign of the Socialist Movement for Integration has stopped in Kombinat, where the mayor Monika Kryemadhi stated that this area has been ruined due to the evil policy of Edi Rames.

She said that Prime Minister Rama with his wrong policies is trying to sell their properties to the oligarchs.

The first of the SMI said that this attempt of the Prime Minister will not be allowed to materialize.

"We will not allow it," said Kryemadhi.