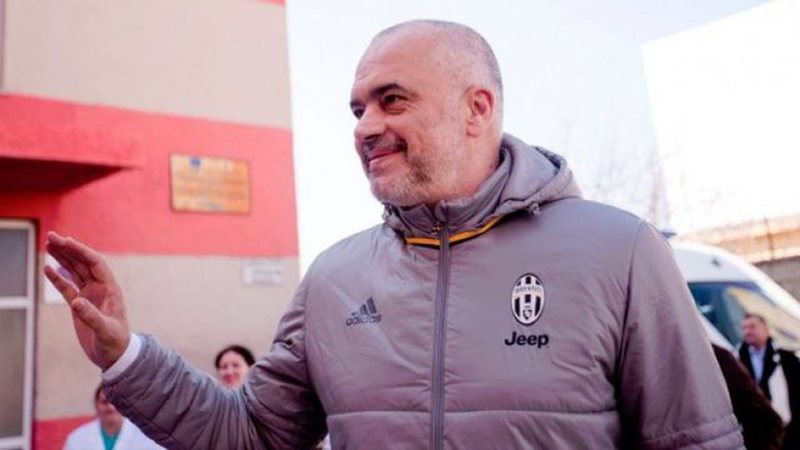 The final of the Conference League that will take place in Tirana, where Roma will face Feyenoord on May 25, has turned all the attention of the European media from Albania.

The prestigious Italian newspaper "Tuttosport" has made an interview with the Prime Minister of Albania Edi Rama, who spoke about this special event where for the first time an Albanian stadium will host a football final of European level.

But in addition to the Conference League, Rama also spoke about his team of heart, which is the Italian team of Juventus.

During the interview, Prime Minister Rama did not hide at all the disappointment for the departure of Juventus star Paolo Dybala, who this Sunday will play the last match for the black and white team.

"He never managed to be who we all thought he was. "Maybe he is right to say that it has been overestimated", declared Edi Rama.

But the Albanian Prime Minister also stopped at the farewell of Juventus captain Giorgio Chiellini, who will leave football after 17 seasons of high level with Juventus.

The Albanian prime minister has gone too far in praising Juve's defender, saying that if he were the prime minister of Italy he would make Chiellini a minister.

If I were Draghi (Italian Prime Minister), I would propose to the Ministry of Youth. "In full confidence, Chiellini would give the next generation the responsibility of protecting values," Rama said.

Braçe submits the draft law to the Parliament, demands that farmers and livestock farmers be legally protected as commercial companies and no longer suffer delays in payments

Dhurata Çupi: Urgent need to increase the number of municipalities, Berisha included me in the protest working group without asking me

Rudina Hajdari and Eno Bozdo warn of the big change in Albanian politics, here's what will happen on July 7

Fiscal Amnesty, Tabaku criticizes the government: It is using immigrants to turn Albania into a paradise of crime and corruption money

"Foltorja": On July 7, the square will be full, Bardhi and Alibeaj have branded themselves as collaborators of the government, Rama is a typical streetwalker

Meta meets his Slovenian counterpart Borut Pahor in Ljubljana, the focus of the discussion is Albania's membership in the EU and visa liberalization for Kosovo

Rama gives the news from the Netherlands: oil and natural gas have been discovered in Albania, which will change the future of Albania, but also of Europe