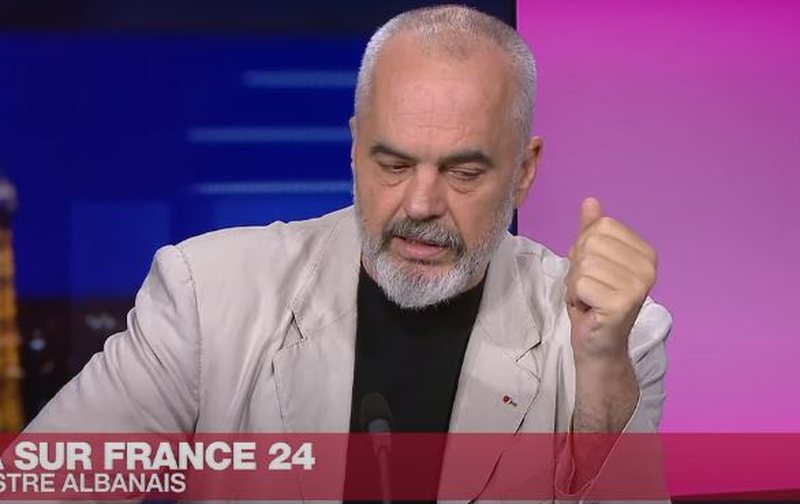 Prime Minister Edi Rama spoke about the vaccination of the population and its gradual opening. Rama used his appearance on French television to declare that Albania offers a holiday without anticovid measures and without a forced obligation to wear a mask.

"Albanians are a very large part of the population living abroad and the opening of the borders by the EU is very important news. We have done a job that is serious and with results that have been appreciated by the whole world. The whole of Albania is in top of the European list for mass vaccination and with optimal figures for infections and fatalities.

When I talk about mass vaccination and when I talk about the pace of vaccination, I think of European statistics, where Albania is among the first countries. After when came the day before the figure of 862 thousand and for a country with such a population.

For Europe I would say it is sad, because all the Balkan countries should have access to distribution. We live with Europe, we are surrounded by European borders, to see others being vaccinated and not having a perspective is really a lot. I personally have made Pfizer, but instead we have all four vaccines. We have Pfizer, AstraZeneca, Sinovac and Sputnik. We have a success according to statistics that we are with risk level 1. In Albania you can enter or leave, without a test without anything. "Masks since last week are not mandatory, we still have a decision to keep the masks inside, but there are no problems with imposing measures that force citizens," said Rama.