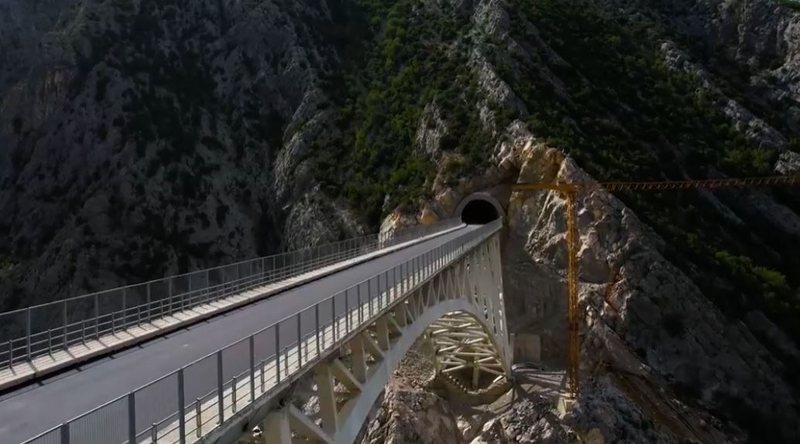 Prime Minister Edi Rama wished November 29, the Liberation Day with a video from Rruga e Arbërit, which, as he had warned before, would be opened on this day.

In a Facebook post, the head of government posts the video from the street and writes: Good morning, happy November 29th.

The head of government about a month ago said that the whole road is ready except for a geological problem in Qafën e Murrizit that has delayed the project.

We bring to your attention that "Rruga e Arbërit" will become an important connecting corridor East-West. The road passes in the Region of Tirana - in the Administrative Unit of Zall-Bastar and through the tunnel of Murriz, the road passes in the territory of the municipality of Klos and specifically in the villages Drezës, Xibër, Shkalë, Fshat village. After leaving the Qafë-Buallit tunnel, the road passes near the Cerenec bridge, as well as to the right of the village of Shupenzë.