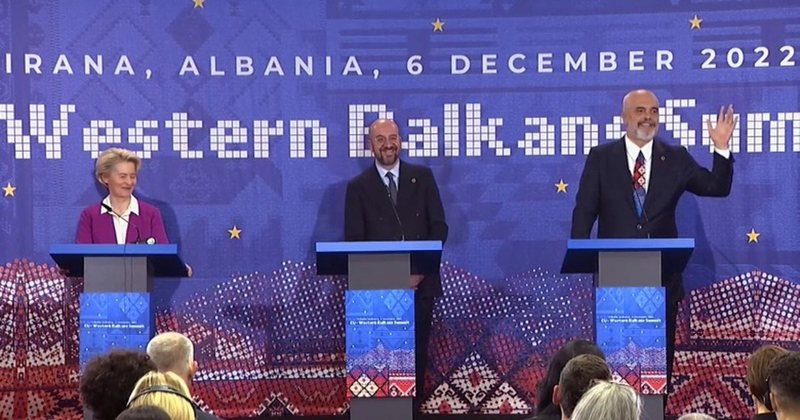 The President of the European Council, Charles Michel, declared during the joint press conference at the end of the EU-Western Balkan Summit, that Albania and the countries of the region have made progress.

Asked by journalists when Albania can become a member of the EU, Michel said that we are on the right track, as all the blockages that were unjustly imposed have already been unblocked.

"A few months ago we were in Brussels, you remember Rama's press conference, in Brussels there was a reaction thanks to the Brussels meeting with the full will from both sides to unlock what was blocked. The created list was not a list of goals but a list of projects, which are the fruit of the exchange we had with Rama before the start of the war, who told me not to wait for the end, but for our countries to understand the benefits before the process is over," he said. Michel.