Kurti continues the campaign, introduces the Vetëvendosje candidate in Gjirokastra, talks about meetings with leaders of Albanian parties 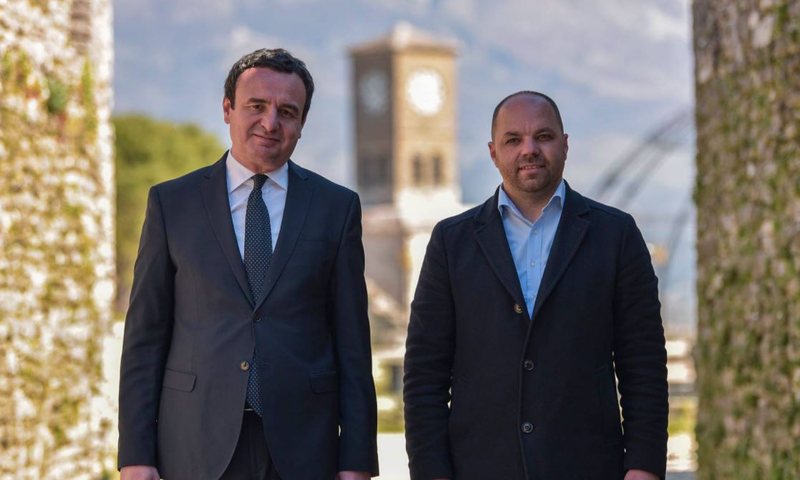 The chairman of the Vetëvendosje Movement, Albin Kurti, was in Gjirokastra yesterday, next to the Vetëvendosje candidate for Gjirokastra, Kreshnik Merxhani. The leader of Vetëvendosje presented from the stone castle of Argjiro the candidate of Vetëvendosje for this region, Kreshnik Merxhani. Kurti also placed wreaths on the bust of the hero Çerçiz Topulli. He then visited the city castle from where he also made a statement to the media. Vetëvendosje Chairman Albin Kurti called on Gjirokastra to support Kreshnik Merxhani as the voice of the citizens tomorrow in the Assembly. He spoke about the union with Albania, where he said that LVV has it in the program and will work to overcome the obstacles. Regarding the dialogue with Serbia, he stressed that he can not set priorities even after meeting with the international community, as he is the representative of the people, not them. Sakaq, Kurti was also in Tirana, where he said that he had met with the main political leaders in the country. During his speech, Kurti described the chairman of the Democratic Party as the chairman of the PDK. "Yesterday in Tirana I met yesterday the three Prime Minister Rama, President Meta and the chairman of the Democratic Party Basha", said Kurti during his speech in Gjirokastra. Albin Kurti has been visiting Albania for several days. He held a meeting with Prime Minister Edi Rama in the latter's office where he was received by the Prime Minister himself, a closed-door meeting that lasted for almost 60 minutes. The head of state Ilir Meta also met Kurti for the second time in a row after Rama and shared with the public what was discussed at the meeting. The President adds that he shared valuable ideas with Kurti and wished him victory. The third on Kurti's list of meetings was the leader of the Democrats, Lulzim Basha, who received Albin Kurti in his office in the Democratic Party, and the focus of the conversation was on political developments in the two countries, Albania and Kosovo, but also in the region. The leader of the Democrats after the meeting said that he has guaranteed Kurti that if he becomes Prime Minister, he will do everything to increase and strengthen cooperation with Kosovo.