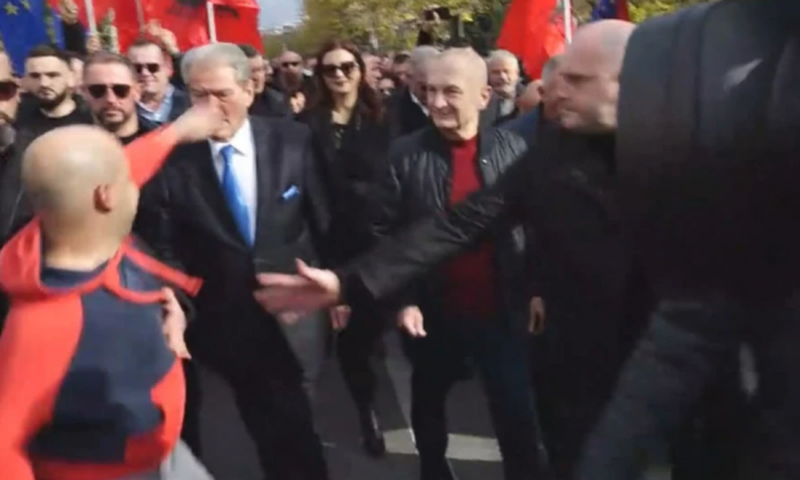 Journalist Armir Shkurti has found the real "author" of the attack on the mayor of Sali Berisha, who was hit by Gerti Shehu at the start of the December 6 protest.

Through a status on social networks, Shkurti says that the "author" of this event is Prime Minister Edi Rama.

He declares that Rama is guilty of the portrayal that he and SP exponents have made of Berisha and the December 6 protest in their public appearances.

"Yes! Edi Rama is the author of punching Berisha in the December 6 protest!

In Albania, an ass of an uncombed ex-activist, now a minister, appears and bestows the epithet on the leader of the opposition. The leader of the parliamentary group of power is taken and after not sparing verbal aggression towards Berisha, he disperses the sihariki that "even Europe will declare him non grata".

These are the marionettes. At the head is Edi Rama, who has worn all black clothes for the leader of the Democratic Party. There was a clowning campaign before the protest where all the "parija" (government - municipality) with the same text called us "shame" what Berisha (and not the opposition) would do on December 6.

"With all the crap and pressure that the government has been putting on the Albanians for more than a year, against Sali Berisha, I'm thankful that his own bodyguard didn't punch him and not an anonymous one," writes the journalist.