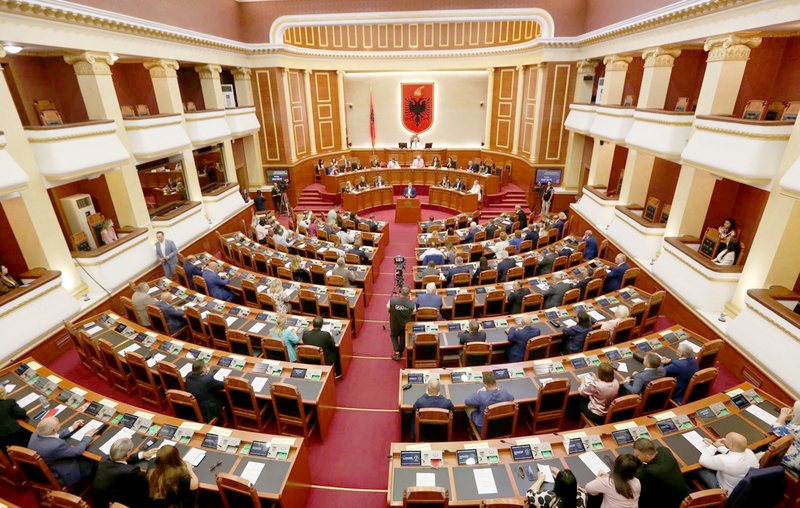 Deputies of the grouping of the former leader of the Democratic Party Lulzim Basha may have the key role to open "Pandora's Box". In the fall, the Parliament's focus will be precisely on the separation of politics from the communist past, and the first to risk being excluded from politics are expected to be the former prime minister Sali Berisha, who is a member of the SP, and the former president Ilir Meta. The Socialist Party does not have the votes alone and needs the support of Enkelejd Alibeaj. This attempt to retire the former democratic president and prime minister will "disappear" from politics and other well-known figures of the Parliament, where many socialist politicians with a communist past are also at risk.

The exclusion of Sali Berisha from the socialists using the scheme as a former party secretary, has as an obstacle a decision of the constitutional court of March 23, 2010, which overturned the then lustration law approved on December 22, 2008. In such conditions, the socialists are promoting the establishment into law of banning the candidacy for deputy of persons already declared non grata. the approval of this addition to the decriminalization law also requires a constitutional amendment. Socialists can achieve this only with the votes of the Alibeaj faction, with the condition that the SP approves the "Alibeaj" draft law on decommunization. Project that affects the opening of files for everyone. An opening that would not only affect Ilir Meta, but the entire parliamentary political spectrum, today and tomorrow. So until September when the initiatives are faced in the assembly,

The scheme of the socialists

The newspaper has learned that the socialist majority, in addition to approving the draft law proposed by the files authority, which paves the way for the public disclosure of the name of the politician's former security associate, with the initials IM, is expected to go even further. In addition to Taulant Balla, Prime Minister Edi Rama warned him between the lines. "This is necessary not only for this colleague, but also for others. The Assembly should discuss the proposed idea that the Security spies should become subjects of the Law on the Purity of the Image of the Elected (otherwise known as the Decriminalization Law), Rama declared a few days ago. Although the prime minister does not give specific details about this, a source close to the Socialist Party aware of this initiative said that it is about the establishment of an article in the decriminalization law for the prohibition of running for public office. including that of the deputy, of all those who have held party positions in the Albanian Labor Party and who have been collaborators of the former State Security. One such active in Albanian politics and also a deputy in the Parliament of Albania is the former secretary of the Labor Party Sali Berisha. Mr. Berisha was accepted as a candidate for a member of the Communist Party, at the age of 21, in the second year of university, while at the age of 24, he was accepted as a member of the APS. After joining the Labor Party, Sali Berisha was then elected Party Secretary 4 times, of the University and Hospital Center-Tirana where he worked as a doctor. The socialist majority, with this operation launched in the name of cleaning up politics from former state security collaborators, tries to kill two birds with one stone. To discredit and ban the politician IM, whom the file authority says is former president Ilir Meta, which he categorically denies. On the other hand, remove Sali Berisha from the Parliament once and for all and put an end to being a deputy of the American and British "non-woman". Edi Rama hinted that the next parliamentary legislature, which is expected to start in September, will prioritize this issue.