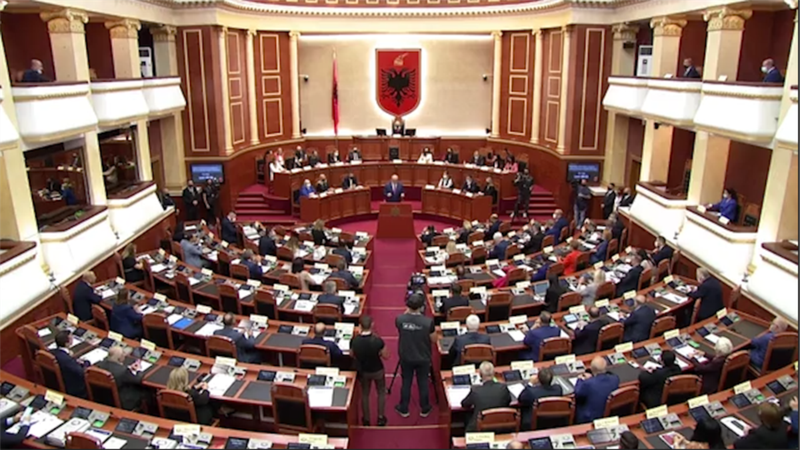 In Tirana, the Assembly approved today in the early hours of the day the work program and composition of the new government of the Socialist Party, which won the general elections of April 25 for a third term in office.

At the end of the session, after nearly 20 hours of discussions, the governing program was approved with 77 votes in favor, 52 against and 1 abstention.

Of the 16 members of the new government, 12 are women, who will lead in diplomacy, economics, energy, education, health, environment, agriculture and culture.

The swearing-in ceremony of the new government is expected to take place tomorrow in front of President Ilir Meta.

Mr. Meta stated today that the political situation after the April 25 elections is much better than the situation before the elections and that there are all conditions for a functioning democracy, for the voice of the citizens to be heard and the promises made to them to be kept.

He said he hoped that the opposition would fulfill its responsibilities in the Assembly, that the institutions would function with integrity and that the president would not be asked to take on tasks that belong to other political actors.

Meanwhile, the Chairman of the Democratic Party, Lulzim Basha, criticized the new government, saying that it is in alliance with the underworld.

Mr. Basha added that he stood by his statement on the removal of the former chairman of the party, Sali Berisha, from the parliamentary group of the Democratic Party.

"The alliance and partnership of the Democratic Party with the United States are inviolable," Basha said.