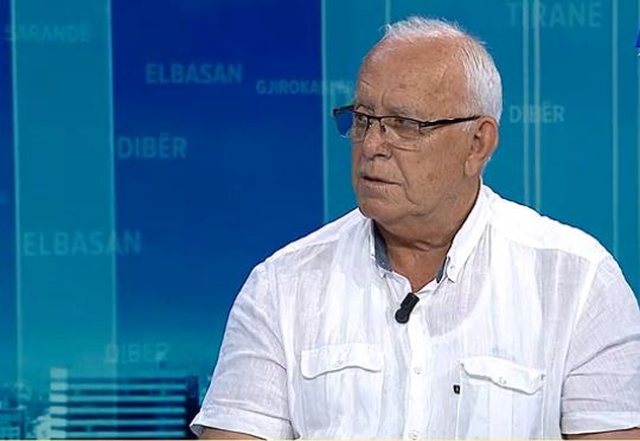 The former deputy of the Socialist Party, Spartak Braho, harshly called Edi Rama a "megalomaniac", who according to him, if he had "an army, he would be ready to start a war in the Balkans".

Braho has stated in harsh tones that nothing stops Rama, and that the prime minister will be remembered as "Zog's period and Enver's" are remembered.

"Edi Rama is a megalomaniac, if he has an army, he starts the war in the Balkans. He wants this to remember Rama's period, as Zog's period is remembered, or Enver's period".

The former deputy of the SP has also accused the prime minister of creating his personal ATMs with the list of "strategic investors".

Braho said that "The list of Strategic Investors is to put your hands on your head. They are all Rama's ATMs".

"He distributed the state assets to the oligarchs of that time, this is what Rama is doing, so power is slipping to the right, not according to legal principles, but according to the appetites and political inspiration that Rama has, which is not to support those principles of social humanity that are characteristic of parties the left.

Do you know who is taking these properties? The class of the new but regressive bourgeoisie, who are tearing this country apart, it is a shame to take away 3 thousand lek today from the pensioner or the real owner who inherited from his father, they are not stopping for a minute in this galloping robbery today in Albania". Braho said.