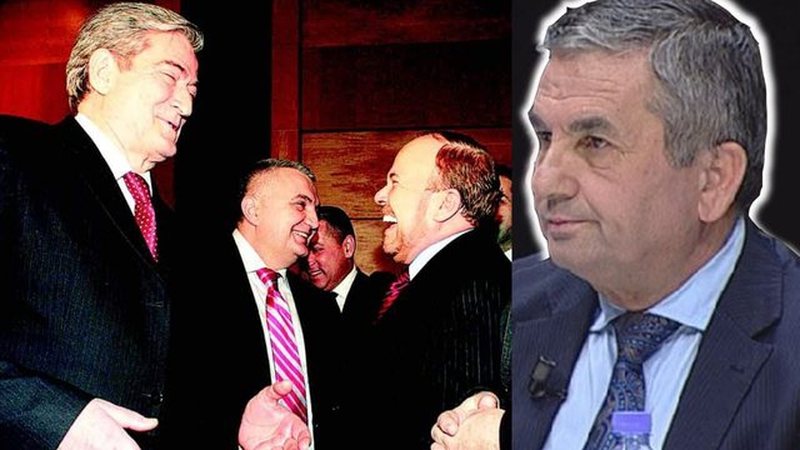 While in Albania it is being discussed whether or not the former president Ilir Meta was a collaborator of the State Security, another issue that is being widely commented on is the relationship between the leader of the Freedom Party and the former prime minister Sali Berisha, a relationship that has survived historical crises .

The well-known lawyer Idajet Beqiri in the show "Shqip" recounted the conversation he had with Fatos Nano in Bênca prison, where the latter confirmed the fact that Sali Berisha brought Ilir Meta to SP.

Idajet Beqiri says that Fatos Nano told him in detail that Meta was Berisha's hand in the SP and that he knew very well that Ilir Meta had an opponent, so he had Saliu in the Socialist Party.

"I was in prison 313, my trial was held and I was taken to Benca prison where Fatos Nano was also and there I had a very long conversation with him and told him the story with Meta and Berisha. Nano accepted me and explained to me details that Berisha brought Meta to PS. I'm not saying this for nothing because Nano is alive and can oppose me, but he can't oppose me because I have the notes. Nano told me that Meta is Berisha's hand 100%. Nano knew very well that "Ilir Meta had an opponent, so he had Saliu in the PS", said Idajet Beqiri.

"He received Russian funding", Berisha reacts after the article of the Montenegrin media: Basha was at the head of the DP, stupid abuse of information

"Historical decision", Bylykbashi reveals the latest change in the opposition: the DP Assembly put an end to the autocracy