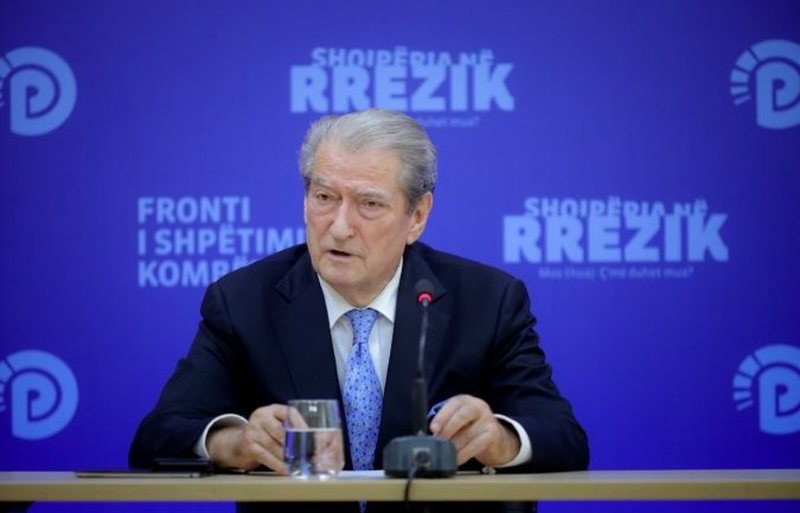 The head of the Democratic Party, Sali Berisha, reacted after the meeting held two days ago in New York between the Russian Foreign Minister Sergei Lavrov and the Serbian Minister of Foreign Affairs, Nikola Selakovic, where they signed the Agreement on Foreign Policy Cooperation between Moscow and Belgrade.

Through a post on "Facebook", Berisha said that this agreement is a new threat to the Western Balkans.

"The Serbian-Russian agreement in New York, a new leap for the Western Balkans!

Dear friends, Putin's foreign minister, Sergei Lavrov, after failing in his trip to Belgrade at the beginning of June this year, a visit in which, as he declared, he would express support for the Open Balkans, met for two days previously at the UN Headquarters and signed with the Foreign Minister of Serbia, Nikola Selakovic, the Agreement on Cooperation in Foreign Policy between Moscow and Belgrade.

This agreement proves clearly and conclusively that Serbia is behaving like little Russia and its president Vu?i? is a little Putin in our region.

Belgrade's agreement with Moscow after the Russian aggression in the heart of Europe against a free country, Ukraine, proves how illusory are the efforts to separate the little Putin of Serbia from the Great Putin of Russia.

Strongly condemning this as a threat to peace in our region, I add that the agreement on cooperation in foreign policy between Moscow and Belgrade also proves that Edi Rama, this vassal of Vu?i? with the support of the Open Balkans is working with dedication for Russian hegemony - Serbs and the destabilization of the region and against the national interests of the Albanians", writes Berisha.