Arriving 48 hours late of 100 thousand doses of anti-COVID vaccine, Manastirliu gives another good news what is expected after two weeks 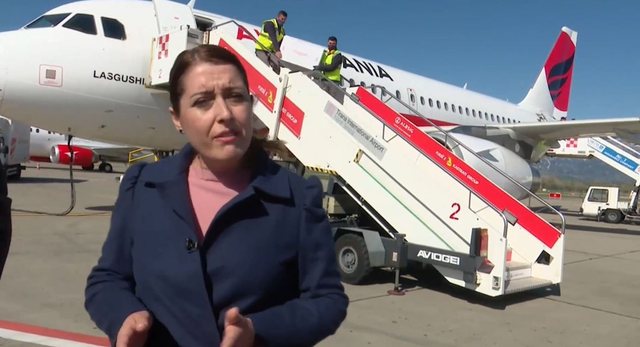 100 thousand doses of Chinese Sinovac vaccine have arrived this afternoon in our country. The landing of the plane was welcomed by Ministers Belinda Balluku, Ogerta Manastirliu and Arben Ahmetaj.

'The unprecedented event that happened yesterday jeopardized the plan of mass vaccination that has started and was expected yesterday the arrival of the second shipment of 100 thousand doses of vaccines. Thanks to major efforts, we managed to reduce the 100,000 Sinovac vaccines in Albania. It was from this delay that our plan was postponed for 48 hours. Imagine what would have happened if these major efforts had not been made as it is known what a great struggle is made to secure the vaccine when a state is reluctant or unable to get it, then another country that is waiting gets it.

The meeting of the Prime Minister in Gjirokastra with the Minister of Turkey, the Greek media are alarmed, here is what they write about Rama and Erdogan

The use of citizens' data from e-Albania, warns the head of SPAK: Soon you will have ...

Çuçi: We will challenge the numbers in Gjirokastra, SP gets 3 mandates of deputies