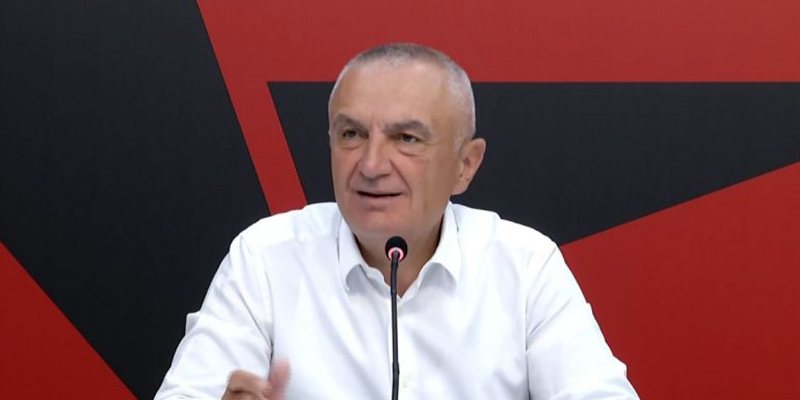 The chairman of the Freedom Party, Ilir Meta, through a post on 'Facebook', has announced that his political force will undertake a legal initiative for the indexation of citizens' salaries.

Meta said that he will undertake this initiative at the beginning of the new parliamentary session.

The former President has published a video where he listed some figures, according to which, over 67% of the population in Albania lives in less than or on the poverty line, with 5.5 dollars a day.

The Freedom Party, at the beginning of the new parliamentary session, commits to take the initiative to guarantee by law the immediate indexation of salaries.

Deputy The President of the European Socialist Party confirms the strong blow to Ilir Meta: He is no longer wanted in our congress, he is an ally with Berisha

Roland Bejko: This is why PL was expelled from the European Socialist Parties, Meta is 'suffering' the consequences of the alliance with Berisha, "Foltorja" is falling apart

Frrok Çupi: The USA will not allow Meta-Berisha to take over the government, only the corrupt will go after them, the head of "Foltore" is going to "hell"

Banning Communism Films, Shehi vs. Opposition: A liberal democratic regime does not close things of the past

Meeting of the European Political Community, Rama: Project that brings us together, important to be close to each other in this time of war and crisis

Local elections, Berisha shows the negotiations with Alibeaj's group: Everyone is invited except for Basha, he is isolated

SP did not have a preferred date for "Vendoret", Balla: We are ready to go to the elections whenever it is decreed, Begaj returned the Presidency to normality

SP-PD unite the votes, the Assembly approves with a majority of votes the three draft laws on the agenda, this is what it is about

The former deputy of the SP was released from prison, Tabaku: Propaganda was overthrown, Blako, one of the officials arrested for the incinerator affair

The issue of the sea in The Hague, Rama shakes hands with Mitsotakis: We still do not have a consensus with Greece