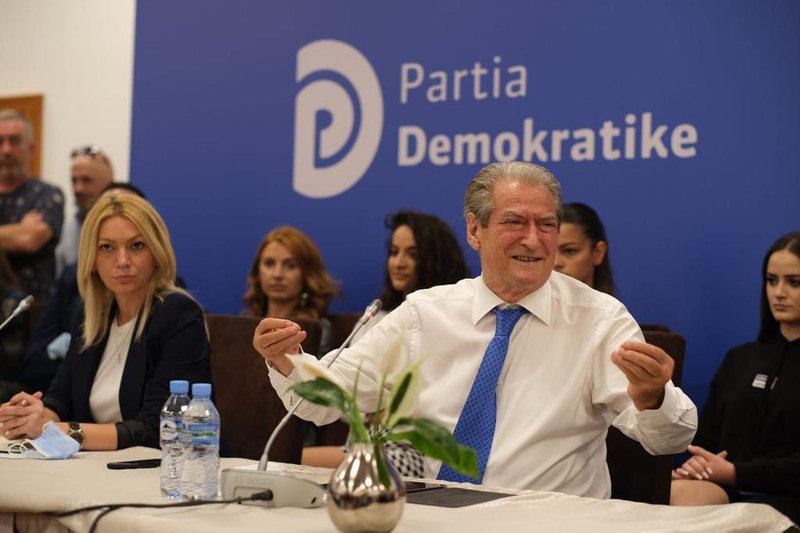 Debates resume in the Democratic Party regarding the expulsion of former Prime Minister Sali Berisha from the parliamentary group. Supporters of Democrat leader Basha have openly lined up against him, splitting a split within the right. The member of the National Council of the Democratic Party, Aldo Bumçi and the advisor of Basha, Roland Bejko, have been involved in a debate regarding the legitimacy of the decision to expel Berisha. Bejko said that the decision should be taken to the chairman and the National Council as it is done with every decision. Bumçi thought differently, who stated that the decision to remove Berisha from the parliamentary group should be ratified only by the Democrats with the model of one member, one vote. But this, according to Bejko, can not happen just because they want a group of people. This was strongly opposed by Bumçi because according to him, the meeting of the National Assembly is legal and the decision must be made there. According to Bumçi, if the Assembly agrees to vote, and if this decision is ratified then no one can oppose it anymore, but if it is voted against Basha's decision, then the decision is overturned. Bejko then stated that he was in favor of the scenario of how a sovereign party would function, how much Berisha would stand by his theses and how the PD-US relations would go. This will be the gala greater than 8 years that have passed, flowers will appear to the generations to come when they see the Democratic Party, and as long as the person who is "non grata" is alive, the Democratic Party will never come to power. "Let them try it and let them see it, I will watch", said Bejko. According to him,

On the other hand, journalist Milaim Zeka has stated that former Prime Minister Sali Berisha has an enemy only the US because she wants to defeat him. Zeka said that if Berisha withdrew from politics, the US would not deal with him. According to him, Berisha's war with the US will end with his arrest as he warned that the arrests will continue with President Ilir Meta and Prime Minister Edi Rama. "Sali Berisha has an enemy only the USA, which he will not defeat. Those councilors who instructed Sali Berisha to put Secretary of State Blinken on trial, time will tell that they are Sali Berisha's biggest enemies. If Sali Berisha withdrew from the political scene himself, the US would not deal with him. I am 100% convinced that the US will lead the fight with Sali Berisha until his arrest. Not only that,

Luzlim Basha makes the unexpected reaction in the middle of the Assembly: Some will no longer be in this hall! Here is what awaits them

Journalist "puts his shoulders behind the wall" Jozefina Topalli, here is what he says about Sali Berisha