"He took Basha to his defense"/ Russian financing in DP, Kulluri: Berisha is also to blame, it was not a coincidence 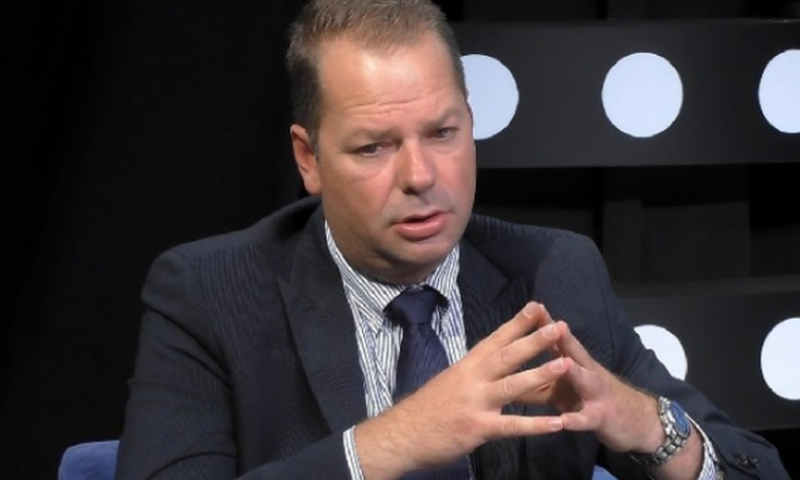 The former member of the national council, Edvin Kulluri, commented on Russian funding in the Democratic Party on Report Tv. Kulluri says that the responsibility does not fall only on Lulzim Basha, but it is also the fault of Sali Berisha.

In an interview for the show 'Studio Live', Kulluri says that Berisha did not act when it turned out that he had received Russian money, but he defended Basha. According to him, Berisha cannot act now that he was declared non grata.

"Berisha was not allowed this fault. You act after being declared non grata. Despite all the efforts to keep the democrats thinking that the victory will come today or tomorrow. There are doubts that a second lobbying was done to prevent the arrival of an ambassador in Tirana, a very eminent expert on Russian affairs. It wasn't a coincidence. Basha has made a lobbying contract to prevent her arrival", said Kulluri.
Kulluri was also stopped in the 2023 local elections, according to which the opposition cannot win even 10 municipalities. According to him, the opposition is in a worse condition than a year ago in the March 6 elections, since according to him they cannot offer new political programs with old figures.

"It seems a good report, personal relations are good. Meta has a distance from Berisha because of the woman. But not a clear and decisive distance. No matter how good relations they have and they agree with the emergence of a candidate in common, the right cannot come up with a new offer with old characters. The opposition is worse than a year ago. They could not win the 2021 elections. In 2015 they were much better and took 15 out of 61 municipalities, today we are referring to March 6, the united opposition cannot exceed 10 municipalities", he said.

We recall that the USA published a report in which it was announced that in 2017, the Democratic Party received 500,000 dollars from Russia.

Rama "softens his voice" with the EU: today's summit, a fantastic moment for Albania and the region, will bring more hope and new paths for our future

The protest of December 6, Çika: Berisha will do the kamikaze, it has negative effects not only for the image of Albania, but also for PD