Hawthorn does not contain: 500 thousand euros a format sheet collected with plasmas! Do prosecutors have the guts to investigate this scandal? 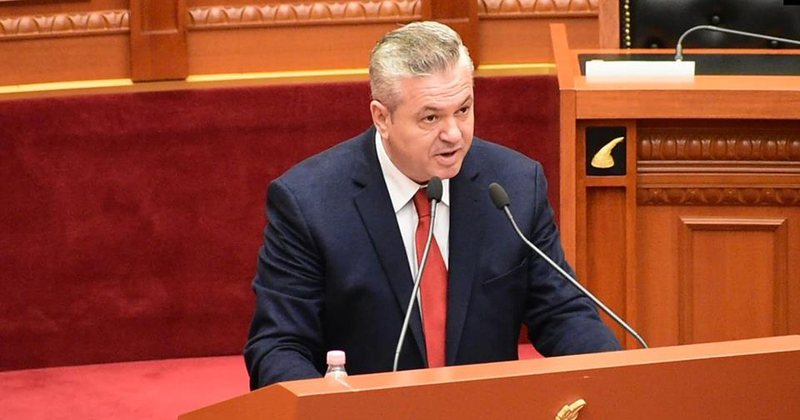 SPAK starts the verifications after the denunciation of the scandal with the ADF tender led by Dritan Agolli, who gave not a little, but 500 million ALL to the chef of his son's restaurant.

Regarding these developments, the former MP Myslim Murrizi also reacted, writing that prosecutors do not have the guts to fully investigate as they are part of the same herd of "greyhounds" who pretend to leave each other, but have been biting Albanians for 31 years.

Do the former prosecutors of the bastard communist regime and the former candidates for MPs of the Albanian labor youth who vegetate like snails in the "new" justice have to investigate these dirty faces who know no bounds in their greed ????

The scum of this country mocks the taxes of Albanians

So 5000 euros costs an a4 format sheet collected with plasma, where it will be written: eggs, cheese, beans, meatballs, tasqebap, pilaf, meat and pieces of meat with two eyes on the forehead like these futurists who know themselves smart and think that Albanians do not understand from these kinds of thefts

But who to investigate, when they are all together part of the same bunch of "greyhounds" who pretend to leave each other but have been biting Albanians for 31 years

The conflict within the "Foltor" deepens, Kokalari comes out against the Berisha-Meta coalition and reveals the secret deals of Belind Kelliçi in the DP, here are the scandals of the "Refoundation"

Cyberattacks on Albania, the Court of Tirana overturns the prosecution, assigns an "obligation to appear" for 5 officials of the Ministry of the Interior who misused their duties