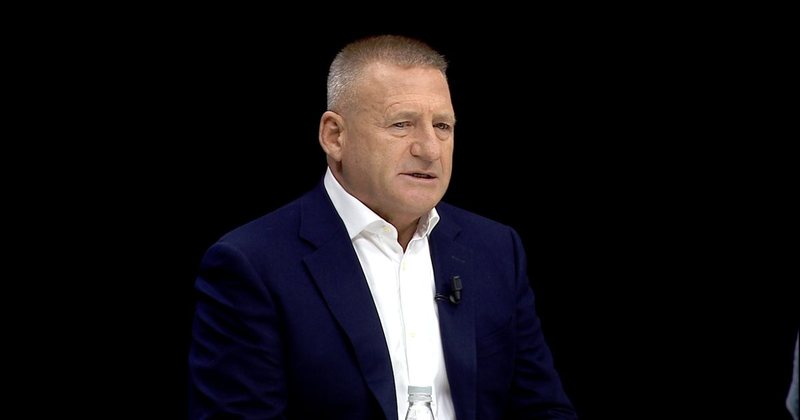 The leader of the Christian Democratic Party, Nard Ndoka, spoke tonight on a TV show about the election of the new President.

Ndoka states that Rama has decided who will be the head of state.

Nard Ndoka underlined that Rama together with Alibeaj are playing a "game" with this process after they decided that the new head of state should be a woman, ie Majlinda Bregu.

"Rama is acting and playing a game with this process, he is trying to deepen the gap between the opposition through diversion." I am abusing Lulzim Basha and his remains. It is trying to get the maximum that only the constitutional process can not be called. If we can say the name and I strongly believe that Majlinda Bregu the name chosen by Edi Rama for many reasons. The name of the President will be female, ie Majlinda Bregu. Rama tries to be interesting and has made a game without drawing the traces of reality, so he made fun of his parliamentary group by asking them for some names through envelopes. He is still making fun of Alibeaj and these are games, everyone knows the name and Alibeaj knows the name but this becomes a game of Rama. This is a game of the Rama-Basha duo who has entered Rama's bunker.

Majlinda Bregu the name chosen by the opposition? "Rama has put on the market that none of them will be, Alibeaj is also playing this game by issuing some names that no one will become. Alibeaj does not even have the signatures to propose a candidate as today he had only 18 deputies. Rama is interested in this game to get the maximum capital to show tolerance. Bregu is a benefactor of Lulzim Basha, he is closer to Berisha, so Rama's intrigue is great. Rama plays with small players who obey him. "Majlinda Bregu does not have a format to be a" soldier "of Edi Rama, but the way the process puts her in a whirlpool gives her a non-political coloration, but makes a dirty political game", said Nard Ndoka.