"To hell with Maradona", Gjata came out with the sudden reaction to the death of the football legend, the well-known journalist turns to him badly: Liberation, liberate! You can not fade the pain with ... 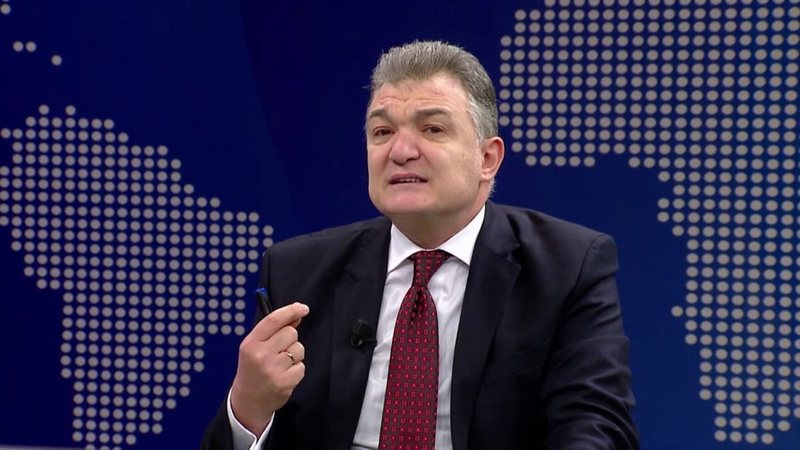 Diego Armando Maradona has died at the age of 60, with the legendary Argentine and Napoli footballer receiving messages of condolence from around the world.

The Secretary of Legal Affairs in the Democratic Party, Çlirim Gjata, has surprised with the reaction where he writes: "To hell with Maradona!". "And who was Maradona ?! A prominent footballer for 10 years and then a spoiled drug addict for 30 years. "Whenever he needed money, he went to the communists in Cuba and made a fuss over Fidel Castro," Gjata wrote. But this statement of the Democrat did not go unnoticed. Journalist Agim Xhafka has made a strong reaction where he writes: “Liberation Long liberate the mind! Maradona is an icon. Neither the drugs you mention nor going to Cuba fade his history. That he is like Columbus. He discovered America. So you can not fade the pain for your friends with anger against Maradona. Deliverance, Deliver ".

These days, from people I have known, two doctors and a lecturer passed away due to covid-19. The media is splitting over Maradona's death. To hell with Maradona! Acquaintances, friends and relatives are two steps away from us.

And who was Maradona ?! A prominent footballer for 10 years and then a spoiled drug addict for 30 years. Whenever he needed money, he went to the communists in Cuba and made a fuss over Fidel Castro.

While today lost the fight with the virus a wonderful doctor, Dr. Nini. I knew him less because I knew more of his wise parents. Two lawyers I worked with who excelled in their citizenship.

So is Dr. Ibrahimi from Dibra. What a man! Extraordinary! With as little as I have sat with Dr. Ibrahim, I leave you with so much regret.

So is Zysh Kozeta. At the Theater protest I had the opportunity to meet him. What stood out was her optimism, which is rarely found among Albanians.

Are you saying that covid is only taking good people, or it seems to us that it is not going through the hearth of the devil? In such cases superstition does its thing.

Where is the government? - we ask like that child at the end of the tale about the scary unmentioned animal. The government sends the popular ensemble under the windows of covid to dance. Or rather, I am dancing in front of the dead.

While for Maradona there will be hypocritical minutes of silence, in matches with empty stadiums, for these people there will be no public silence. We can not go to your funeral, not even for a coffee at home, accompanied by "live and remember" we can not. What a cursed disease.

But, they will have our memories, lasting as long as we and beyond us. These people and many others like them, have taken place in memory and this is worth more than all the silence of the world. We will fight against this disease; we will live and remember all our lost.

Euronews poll finds Socialist Party the winner, comes the strong warning of Ylli Manjani: Here is what we risk