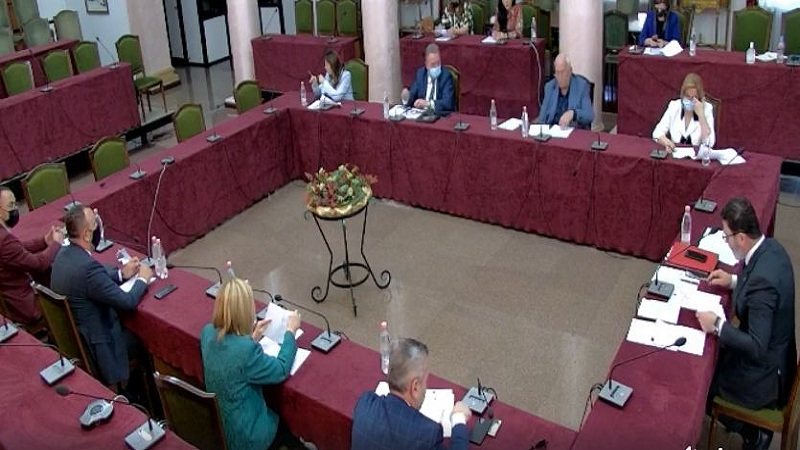 The meeting took place in the premises of the Presidency of the Assembly under the leadership of Alket Hyseni and Deputy Speaker Myslim Murrizi, where Klotilda Bushka was elected secretary by voting.

The Chairman of the Commission, Alket Hyseni has stated that everything will take place calmly by not giving statements about the president as the time of one month is short.

"It is not a great pleasure to set up this commission, but we must take it calmly. Therefore, your advice, Mr. Braho, not to make inappropriate comments is valid. Today we approve a preliminary plan that is not final. Will be supplemented by suggestions from colleagues the next meeting. It is the commission's right to summon the President, who may come. I ask for your understanding of the statements regarding the meeting of this committee. At the end of each meeting there will be a press release for the media ", said Hyseni.

One of the members of the Commission of Inquiry set up for President Ilir Meta, Spartak Braho, requests the available Venice decisions and the decisions of the Constitutional Court that have dealt with the relations with the president. It also requires a special fund for the work of the commission.

He added that all members should be careful when making statements about the country's president.

"We should not comment on the work of the President. "As far as the action plan is concerned, we want to see with video the images for which the head of the Republic is accused, we must be very careful ", said Braho.

Elected Secretary-General Bushka has called for Venice's views on the president to be considered.

This is the second investigative commission set up to investigate constitutional violations against Ilir Meta within 2 years, where the majority demands his dismissal.

The term of the Commission of Inquiry set up by the Assembly is expected to be one month, during which all the arguments raised by the Socialist Party for the dismissal of the President will be considered.

The decision to dismiss the President must be supported by at least 2/3 of the members of Parliament.

Agenda of the meeting of the Commission of Inquiry:

1.Constitution of the Investigative Commission of the Assembly "On the investigation of serious constitutional violations by the President of the Republic of Albania"

2. Declaration of the purpose of setting up the commission with decision no. 45 dated 07.05.2021 of the Assembly of the Republic of Albania

3. Election of the secretary for the management of administrative and technical issues of the Commission of Inquiry

4. Approval of the preliminary investigation plan