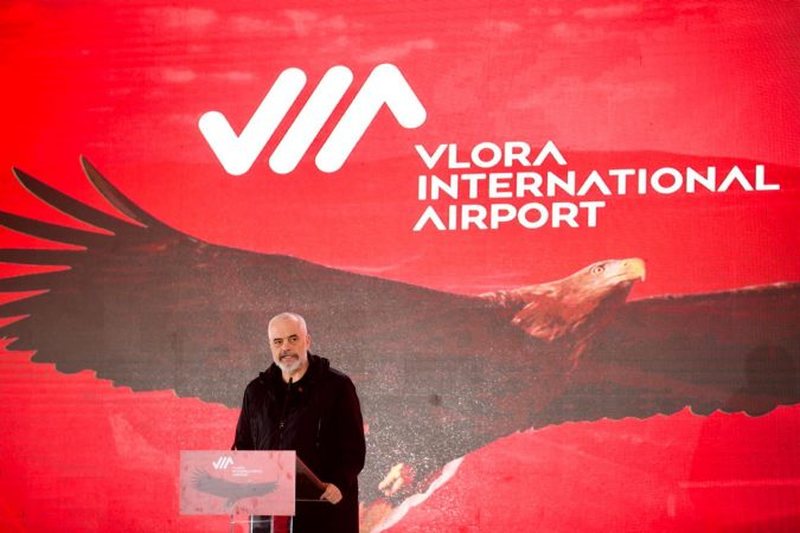 Since the start of the works for the Vlora International Airport, Prime Minister Edi Rama has not spared some jokes about the people of Vlora and their impatience. He said that if it was a sunny day, the people of Vlora would be in this ceremony with thousands, while he added that at dinner he knows that he will receive the first messages from those who ask if the airport will open next week.
The head of government adapted the famous expression for Gjirokastra, saying that when you say Vlora you have nothing more to say.

"Thank you for your presence and for the effort to get here with all this difficulty. I know that if it was a sunny day, the people of Vlora would probably be here by the thousands, but there is no problem, it matters that they finally put us to work, now they watch us on TV and I am convinced that tonight at dinner when i'm coming back i will start getting the first messages, "will the airport open next week?"
It is quite normal because they call this Vlora as long as it is the song "when you say Gjirokastra you said it all", but it is another song that I have learned to sing with myself even though it is not a well-known folk song, which if when you say Gjirokastra you have said everything, when you say Vlora you have nothing more to say ", said Rama at the end of the ceremony.

"The situation is serious", President Meta comes out with an urgent call: Immediate reflection is needed!

"The best candidate, the SP will hardly find" / March 6 elections, Romeo Kara comes up with the important proposal (NAME)