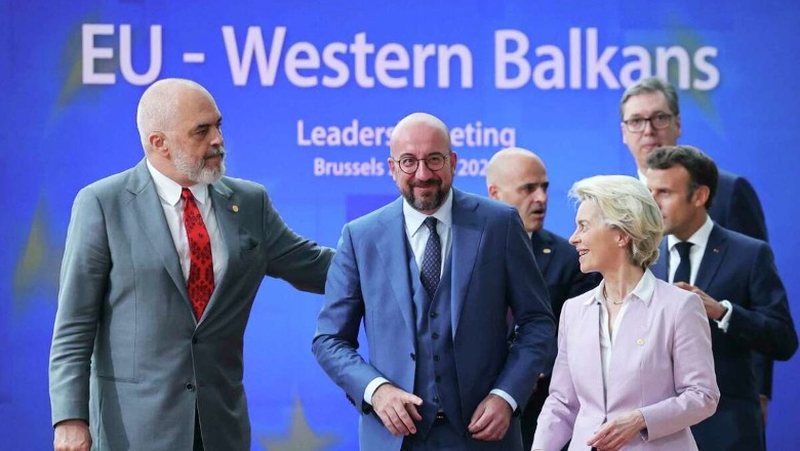 On December 6, Tirana will be the 'capital' of Europe, as it will hold the EU-Western Balkans Summit for the first time. The "SOT" newspaper provided the agenda, as the main topics to be discussed will be the war in Ukraine, migration, the fight against terrorism and organized crime, as well as the strengthening of security in order to prevent foreign interference. Focusing on the war in Ukraine, the focus will be on facing the common challenges that come as a result of Russian aggression, and more specifically how to deal with the negative effects they have brought to energy and food security in the Western Balkans. The summit will be an opportunity to discuss coordinated actions on security and defense issues, which have become even more important in the context of Russian aggression against Ukraine. This includes combating the manipulation of foreign information and improving cyber security. Another very important point included in the agenda is immigration. "Program: 10:15 Arrivals and official welcome, 11:00 Exchange of views, 11:45 Joint photo, 12:15 Plenary session and working lunch, 14:30 press conference. The main topics of discussion will be: the consequences of the Russian aggression against Ukraine; intensification of political and political engagement; strengthening security and building resilience against foreign interference; addressing the challenges posed by migration, the fight against terrorism and organized crime. The leaders are expected to issue a statement at the end of the summit," the agenda states. We remind you that this Summit, which is one of the most important events for the country, is taking place at a time when the political climate in Tirana is not calm. This is because on December 6, Sali Berisha has warned of a protest and despite the fact that the Police and the City Hall have not given him permission, he insists that the protest will take place on Dëshmorët e Kombit Boulevard. On the other hand, the Government has set an official holiday on December 6 only for Tirana. This means that on Tuesday, December 6, administration and schools will be closed due to security measures.

Diola and Xhonatani were assigned yesterday by "Big Brother" to do a dance toget...