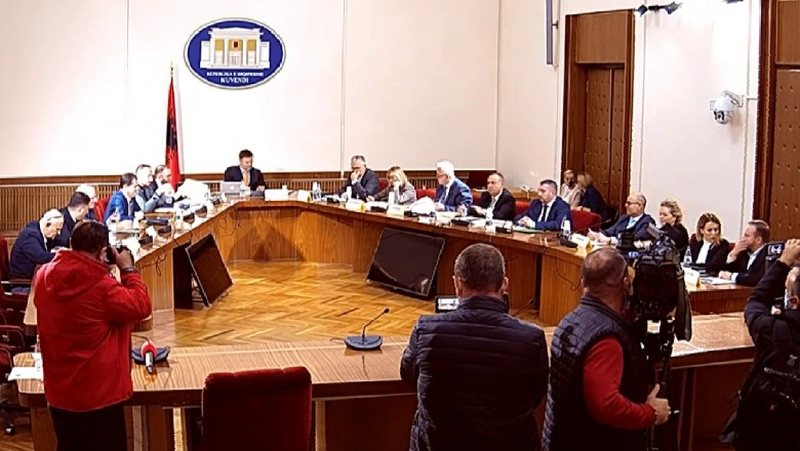 The Socialist Party and the Democratic Party clashed yesterday. The reason is the boycott that the socialist majority made yesterday at the next meeting of the commission of inquiry of the parliamentary elections of April 25, as the necessary quorum to conduct it was not met. For this debate, the parties have different claims. Initially, it was the chairman of the investigative commission, Enkelejd Alibeaj, who during a statement to the media accused the Socialists of boycotting the meeting, because according to him, they do not want the truth to come out about the theft of the April 25 elections. "We are here as an obligation of the decision of the Assembly to convene in a maximum term that is 3 months. Today is the 6th day and it is quite clear that the lack of reasons, excuses is a clear strategy to prevent the activity of the electoral massacre of April 25. The majority is documented as thieves, destructive thieves of the April 25 election process and it is close to the mind that they will do everything to thwart the commission's investigation into the April 25 massacre. I am not surprised by this behavior, but I did not expect it from the first meeting, seeing the extension of the hand for cooperation. The big surprise happens, boycott by the majority. "This clearly shows what is the approach of Edi Rama who stole the elections", he declared. Alibeaj further informed that the next meeting will take place on Friday at 10:00, while warning the Socialists that if they are absent three times in the meeting, they will follow all legal steps and will seek the replacement of representatives. of the SP in the Commission. "My colleagues and I have decided to follow all the steps. We will first notify the Speaker of the Assembly,

But through a backlash on social media, the Socialist Party has dismissed the opposition claims, saying they did not show up for the meeting as they were not notified 24 hours in advance by the chairman. According to the Deputy Chairman of the Commission, Toni Gogu, in the last meeting that took place three days ago, it was not voted for the Commission to meet yesterday, but the SP had proposed for a meeting on Thursday, today. "I regret to notice today how Mr. Alibeaj has continued to violate the rules of procedure of the Assembly and the trust between the parties. Determining the next meeting of the Commission was the last item on the agenda and needed to be voted on by the Commission. In the conditions of impossibility of voting by the Commission of this item of the agenda and notification by the secretariat in inappropriate and unadorted time, while we have planned activities in the constituencies, we have proposed to our opposition colleagues to continue the meeting on Thursday. "In the spirit of coordinating work and service in the most dignified way, the civic interest needs to communicate, to debate, and to put together the spirit and the letter of the law and not to create storms in the cups of the pulpits", declared the deputy Gogu.