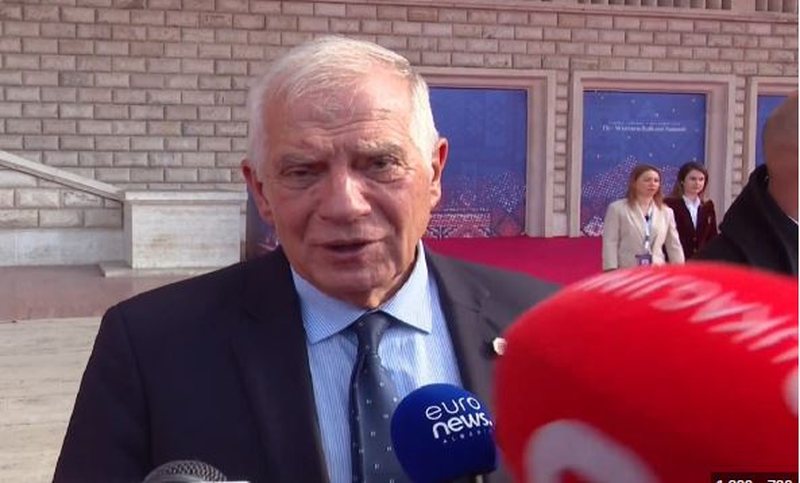 The High Representative of the European Union for Foreign Policy and Security Joseph Borrell has arrived in Tirana within the framework of the summit of the EU and the Western Balkans.

In his speech, he spoke about the importance of the Prishtina-Belgrade dialogue, stressing that it is already in their hands to start negotiations, since Germany's proposal and agreement is an opportunity for them.

"Regarding the Prishtina-Belgrade dialogue, this is an important moment, the dispute over license plates has already ended, they should engage in dialogue with the proposal that has been put on the table and the strong support of Germany and France. The last text was sent to them yesterday Belgrade and Kosovo and they are the ones who should start serious discussions as they are the ones who have a great opportunity," he said.

Are you optimistic that the dialogue will have a successful conclusion during the next year?

"I'm very active about it.

I am sorry but I cannot share the content of the document for the Kosovo-Serbia agreement. I don't think we should set artificial deadlines, the important thing is to start working quickly. It's time to work," he said.