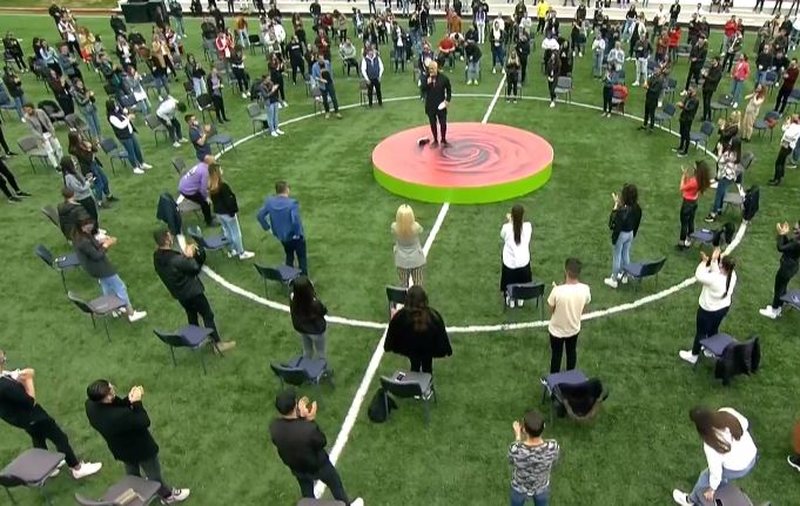 Prime Minister Edi Rama urged young people to trust the SP not to stop, according to him in the midst of reforms undertaken.

"I did not enter politics because I wanted to be a politician. I was in emigration and I was driven on this path by the very strong belief that this country becomes.

And if this place is not made and if in this country people have fallen prey to miraculous recipes it has come that the majority of people who believe in work, themselves and their courage have left others to make decisions for them.

I have entered this path, as I did not want to delegate my fate to others. Do not get tired, do not give up, climbing to the top is difficult. This world belongs to those who do not stop, who do not rest "said Rama.

Following his speech, Edi Rama said that he is not against the departure of Albanian youth abroad, but if they leave to have a profession and not to fall prey to trafficking.

"And they love what they see immediately and they leave, they leave, it is very painful, when a young man leaves and meanwhile he has neither the craft to face life there, nor the preparation to face and fall prey to those who take them and put them in bar houses in the Netherlands and drug networks in England or treat them as slaves.

What I want is not for the young people not to leave, but to choose and if they decide to leave to be armed with a craft and where they leave to be Albanians who know how to offer a service and not to make their lives hell, but it takes patience and time, "he said.