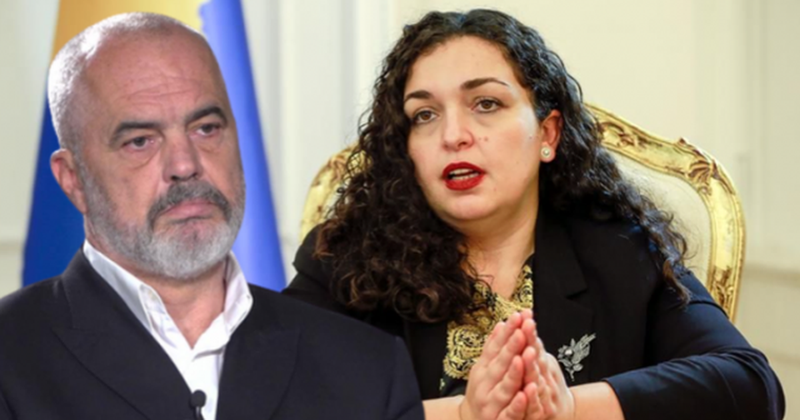 The frozen relationship between Kosovo President Vjosa Osmani and Albanian Prime Minister Edi Rama continues. A few weeks ago, the two were at the UN headquarters, but did not meet each other. They did not even meet in Prague where 44 heads of state gathered. The head of state of Kosovo confirmed this in an interview for REL. Osmani said that there was no need for such a meeting.

I don't need to convince Albania to vote for Kosovo. We will take it to the Council of Europe, but I need to convince many other countries that are members of the Council of Europe to support us in this membership process. And the focus of the bilateral meetings was there" - said Osmani. The first clash was created in the visit Osmani made to Tirana as soon as he took office in December 2020. Then she demanded that Tirana raise its voice about the war crimes that the Serbs have committed in Kosovo.

"Prime Minister Rama's position regarding Serbia is public. You can find it in his speeches. His position is public where he calls the crimes in Kosovo simply ethnic cleansing, while those in Bosnia genocide, when, in fact, you know very well that the international courts, including the ICTY, have decided that crimes were committed in Kosovo war and crimes against humanity. And, we are convinced that the genocide committed in Kosovo will be witnessed very soon, because Serbia's goal was not simply to expel the Kosovars, the Albanian citizens from Kosovo. The goal was the extermination of the people of Kosovo" - said Osmani.

Then came the issue of the Open Balkans, where the parties did not unite again.

But is this a crack in personal relationships as well?

"Save this country"/ With glasses after the protest attack, Sali Berisha makes a strong appeal to young people: Your second mission