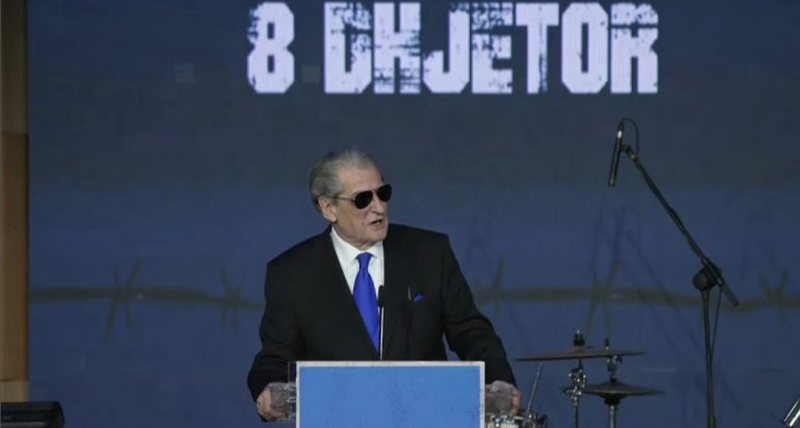 The National Assembly of the Youth Forum of the Democratic Party is holding a ceremony today in honor of Youth Day, marking 32 years since the student movement of 1990 that brought change.

During his speech, Berisha said that Edi Rama took out a criminal to hit him in the protest, but added that you can hit or kill a person, but the cause never dies.

"Today, the word and the main word of the day and time is revolution, and only revolution. Albania is not saved by prayer, by declarations, it is saved by revolution, it is saved by the brave, those who love it, those who succeed, those like you who are ready to face face to face with the enemies of the old regime, with Edi Rama, this executioner's son who hates the Albanian being, their freedoms and dignity. My friends, the forum and DP for a year engaged in a huge effort to put the vote on a pedestal. We held primaries, referendums, so that each of you has your own power and dignity. We don't have these only for ourselves, we will do everything to guarantee every Albanian citizen to the one who sabotages us and to the one who votes for us.

Today in power is a clique that hates your freedoms. A man who has transformed the state into a monstrous machine, of oppression and looting of votes. That uses your parents' money and taxes to steal votes.

Nothing stops us without realizing our goals, Edi Rama, this coward takes a criminal out into the street and shoots, but a man can be hunted, and killed, but the cause never dies, poor man!

You end the Assembly, the party closes the primaries. The second phase of the revolution begins, the confrontation with all our potential with this enemy, a monster that is practicing genocide on Albanians. I have great faith that each of you is very clear", said Berisha.

Spartak Ngjela: Berisha is corrupt, he has called a protest for his plight, the official DP is Alibeajt and the CEC cannot register 'Foltoren' in the elections, on 'January 21' the Guard went with the intention of killing the protesters