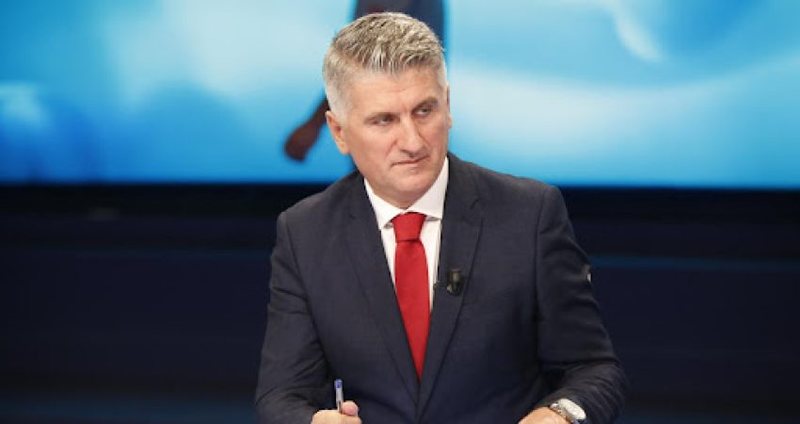 Democratic Party MP, Agron Gjekmarkaj, spoke tonight on a TV show about the process of electing a new President.

Gjekmarkaj said that the majority tried to have the opposition part of the process, to go towards their own ideas.

According to the MP, the PD group has taken the right decision to boycott this kind of farce.

Gjekmarkaj: There are human and political resources that can serve the country, permission must be obtained from the person whose name will be used because it would burn and create a state of comparison. The opposition could have issued such names but the tendency is to increase as much as possible the internal strife of the opposition. That group that has gathered today has made the right decision to boycott this kind of farce. The majority tried to have the opposition part of the process, to go towards their own ideas.

Gjiknuri: Negotiations have no problem to take place, the tradition was in 2012 and it is quite normal to discuss at these levels. This group advises and gives opinions, facilitates the conversation. Rama is a man who listens, his opinion prevails. The political party has a leader who consults with the governing board, the opinion of the parliamentary group is tested. I, as the chairman of the party, get the opinion of my deputies. Rama gave an idea that is ready for compromise and on the other hand removed the political burden by not appointing deputies. The president has some limited powers. Maybe Meta expected that in 2017 he expected another result, he expected the victory of the SMI but that plan did not work out. By political logic I think they have been more dilemmas regarding the boycott but not that they have not supported it. Someone repented and now is this result. Meta is a man with political experience, he saw that the DP entered a path and if he did not go back it would be at this stage that it is today. It is not true that Alibeaj is led by Rama, he is still the chairman of the parliamentary group. The SP will respect the formal side otherwise it would become a party to the internal debates of the DP.