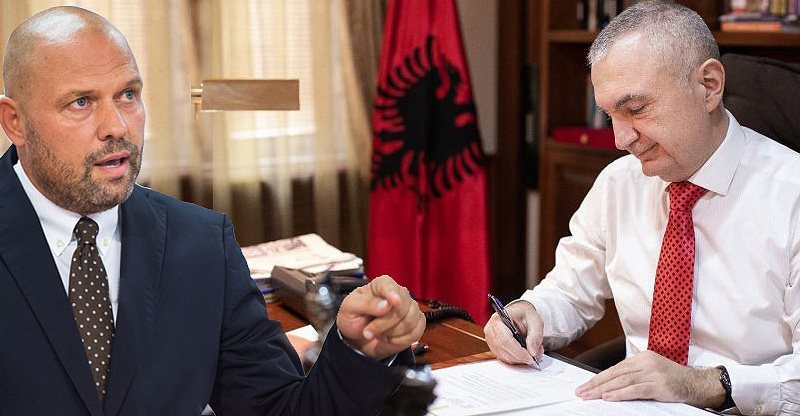 The former Minister of Justice, Ylli Manjani, has reacted to the protests that the opposition recently organized.

Through a post on social networks, Manjani writes that the opposition is not the protest police station. According to him, the duty of Meta and Berisha is to bombard Rama with ideas and projects and as soon as possible have ready the list of candidates who will be part of the new race.

The opposition is not the protest police station!

Agree, protest is necessary to wake up people from the dangerous anti-democratic sleep, but protest is not the main activity of the political opposition in the country.

If the opposition has to protest for everything that happens here, it is up to the latter to remain on the streets.

While the opposition should take to the streets and protest, the robbers in power have an empty electoral field, without competition.

What is the meaning of the opposition protesting in the streets when the robbers continue to loot everything public?!

As if this logic does not work..!

At the end of September, the political opposition should have identified the candidates who will compete in the local elections. This is the first and foremost task.

At the same time, there are also protests, but protests in function of an idea/alternative.

No protests according to the demands of the viewers, for anything and for any situation.

The opposition is first and foremost PO-LI-TI-KË, not the protestors' police stations.

Alternative candidates and ideas give the opposition the breathing space it needs. People must understand that this policy is not a battle of Berisha or Meta with Rama, but a clash of teams and ideas. They must understand that power in democracy is transferred to someone else and not left only to those who have it.

Today's power is made like the comedy Pallati 176, which is shown every day on TV channels because there is no other better comedy. Without hope, that is...

Public debate and protests are better motivated around ideas, alternatives and new names in the race.

Therefore, more actors are needed in the political debate in the country.

As soon as possible!

The end of September is the deadline.