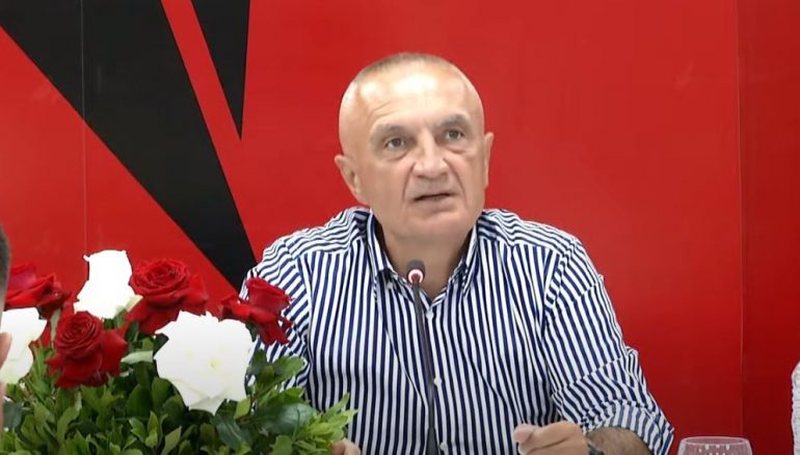 The chairman of the Freedom Party, Ilir Meta, warned today from Elbasan that September will be the spring of democracy that will bring an increase in joint opposition action.

Meta said that the only solution to the situation created in the country is the referendum, adding that the hour of justice has come.

"The affair of the Port of Durrës shows that the state has fallen. And many other affairs. The solution is neither accountability nor repentance. The solution is the elimination of political pluralism, the opposition and free and independent media. In order to perpetuate this anti-national system.

Therefore, I strongly believe that all of us together will give the right answer to this challenge. The Freedom Party, which represents a historic decision for all of us, is committed to the clear mission of the opposition and to triumph over the ruins of a fallen government. That requires the rise of the entire opposition in the alliance. The solution is a referendum. Not just a change of government.

But changing the system once and for all. Referendum is the solution. The people are the most strategic investor. Whoever thinks he can act like a conqueror has done the calculations very badly. The hour of justice has come. "September will be a real spring of democracy and the overthrow of this thieving regime that only sees the destruction of the Albanian people," said Meta.

War time! Edi Rama opens the doors to the Russians: They are welcome in Albania!

Does SP's distancing herald a "non grata" for Ahmetaj? Here is what Prime Minister Rama says

The quarrel deepens at "Foltorja", Kokalari criticizes Berisha and expresses reservations about Vokshi, accuses Jozefina Topalli of being a failed politician

"Pandora's Box" opens for the "Berisha" family, SPAK interrogates Genc Ruli, Imami and Gjunkshi for the privatization of the "Partizani" complex, they risk 7 to 15 years in prison