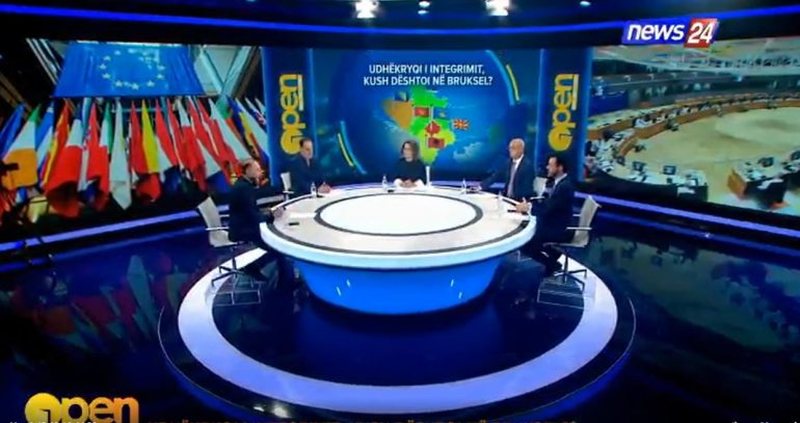 Strong debates in the "Open" show of journalist Eni Vasili, on News24.

Analyst Arion Sulo clashed with SP MP Arben Pellumbi over a conference held today in Brussels after the EU Summit for the Western Balkans, where Rama and Kovacevski were joined by Serbian President Aleksandar Vucic.

For journalist Sulo, Vucic should not have been at that conference, but according to him, it was Rama who helped him escape EU pressure for sanctions.

Excerpts from the debate:
Sulo: What does Vucic want at the conference for not opening negotiations?
Pëllumbi: When you have the prime minister in front, ask him what he wanted. Today we analyze what is the event of the day, why Albania did not get the date of negotiations?
Sulo: He came out of the office yellowed. It is a speculator. One threw the ball, the other caught it. Rama helped Vucic escape pressure for sanctions.
Pëllumbi: Ore Vuçiç made his meetings.
Sulo: How did it turn out?
Pëllumbi: And what do we need ore as it turned out?
Sulo: Why did he say that there will be war in the region, if Serbia is pressured for sanctions?
Pigeon: That's what you say.