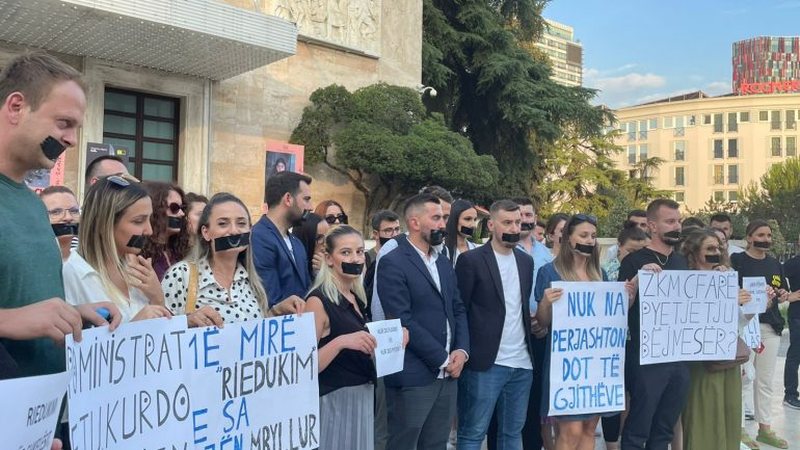 Organizations demand restraint towards these measures

Among other things, the letter emphasizes that in Albania there is no official administrative sanction that allows journalists to be unilaterally banned from participating in government press conferences. They call for the immediate removal of the restriction on Klevin Muka and to refrain from imposing such measures. "In our view, there is no official administrative sanction in Albania that allows journalists to be unilaterally banned from participating in conferences of government press by individual politicians, or even those holding executive positions. Therefore, we think that the measures imposed on both Klevin Muka and Ambrioza Meta were arbitrary and unjustified. Therefore, we call on you to immediately remove the restriction on Klevin Muka and refrain from imposing such measures on all members of the press", the letter states. Among other things, the statement states that journalist Muka's questions included a legitimate matter of public interest on the Code of Ethics of the newly created Council of Ministers and possible conflicts of interest involving the minister in question. joint press conference with Foreign Minister Olta Xhaçka, on July 1, 2022, you answered the questions of the journalist Klevin Muka of the A2 CNN branch station, telling him that he had violated the code of journalistic ethics and that he should be subject to three months of "re-education" before he was welcomed to the next press conferences. In our estimation,