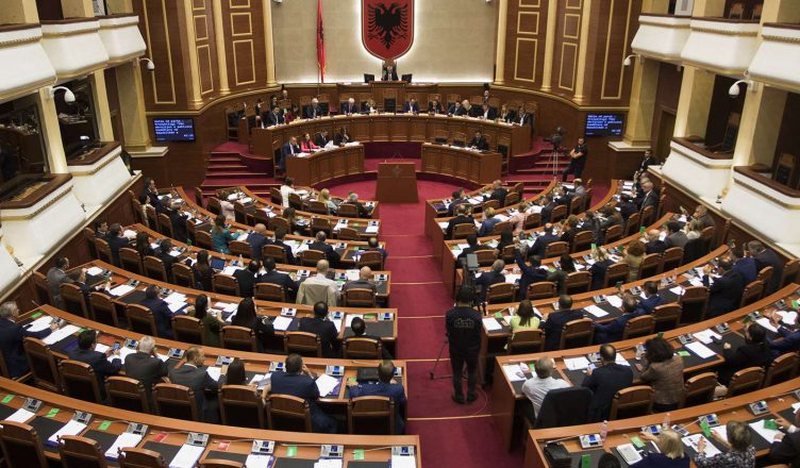 The member of the National Council of the Democratic Party, Blendi Sulaj, said that the vetting of politicians should be done.

According to him, if this move occurs, about 60% of politicians in the Assembly will not be part of it.

"What is the reason for the constitutional amendment?" We have thought that most of the evils that have befallen us are from policy-making. These people who need to become part of politics, the time has come for a country that will become part of the EU, to put a stop. Do we have vetting for the police? Yes. Do we have for judges? Kemi. Why do we want today and why do we think that the vetting of politicians has an effect? I am one of those young people who believe that if the vetting takes place, 60% of politicians will not be part of the Assembly. It is also the connection of politics with organized crime.

These politicians who win the election with organized crime. Organized crime today has multiplied money by winning public tenders, taking ministers. These politicians who want to become part of politics have been harassing citizens for 30 years. Should we restrain these people? I think the pros. He who has nothing to hide, why not do the vetting. Basha said that the vetting started from me first. Second, in political terms it has been said that this should be judged by the SPAK, not that it is credible by the DP, but because the SPAK through the constitutional attributes given to it and the support it has is more difficult to corrupt and it is simpler to have the right mechanisms to detect politicians related to organized crime. We have seen politicians accompanied by criminals and meet in public places in Tirana.

They say they are not criminals because the court did not convict them. You have politicians today in Albania who have entered politics, have not had a home and today have very expensive watches and bags of thousands of euros. "The political vetting only wants the will of the other party to mediate and accept", said Sulaj for News24.