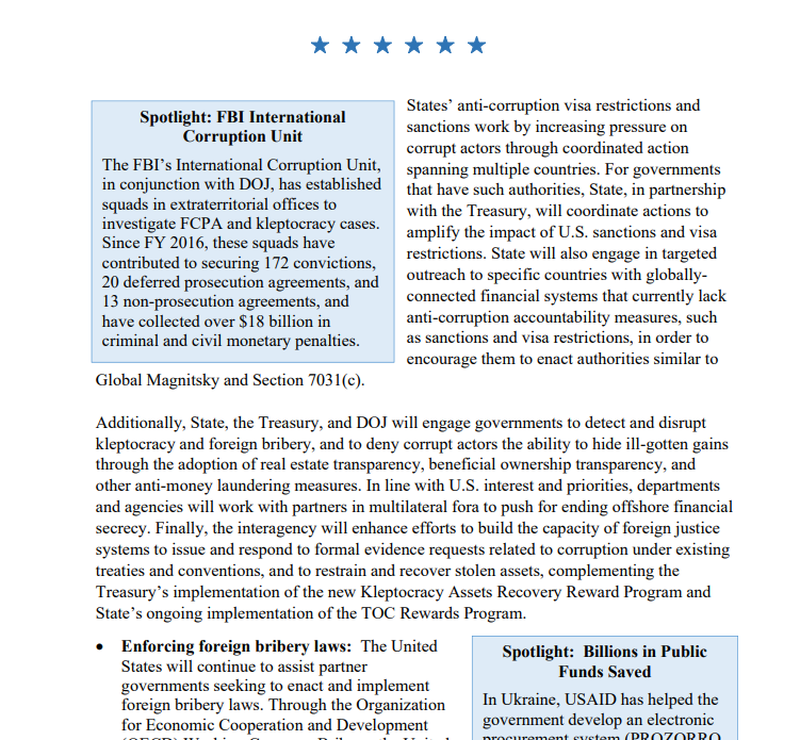 Former Prime Minister Sali Berisha risks facing other actions from the Americans. The declaration "non grata" may be the first move, as in addition to Albanian justice, the Treasury Department has also entered the game. Berisha himself has stated that the Americans had sent messages through Basha that there would be economic sanctions against him and his family if he did not withdraw. On the other hand, the American ambassador a few days ago said that the CIA, FBI and a large number of new experts have been engaged for his file. But these facts and evidence that have been collected, will not go to France as Berisha expects, but to the Treasury Department. The newspaper has secured the anti-corruption strategy approved by President Biden. It makes it clear that there will be economic sanctions against foreign politicians involved in corruption, especially for those declared "non grata" as defined in Article 7031 (c). But interestingly, it clearly states that the FBI, intelligence services, and all other law enforcement and law enforcement agencies, such as the Department of Justice and the Department of State, will be involved to achieve fair sanctions. "The FBI's International Corruption Unit, in collaboration with the Department of Justice, has set up teams in extraterritorial offices to investigate cases of foreign corrupt parties. "Since 2016, these teams have contributed to the provision of 172 penalties, 20 agreements for criminal prosecution and 13 non-prosecution agreements, and have collected over $ 18 billion from criminal and civil monetary punishments," it said. But if we come back a few days later, The US ambassador said in an interview that the CIA, FBI, DASH and many other institutions are engaged in Berisha. This means that the data that went to DASH will now go to the Treasury Department, to follow the steps on economic sanctions.

The report further shows the steps to be taken against "non grata" persons. In addition to sanctions, it will cooperate with the respective states to go to punishment. "Visa restrictions against corruption and sanctions work by increasing pressure on corrupt actors through coordinated actions with many countries. In partnership with the Treasury Department, actions will be coordinated to strengthen the impact of sanctions and the US visa blockade. The US government will also engage in targeting country-specific contacts with globally linked financial systems that currently lack anti-corruption accountability measures, such as sanctions and visa restrictions, in order to encourage them to adopt similar authorities. "Global Magnitsky and Section 7031 (c)," the report said. As it is suggested, the Americans will form an alliance with all their law enforcement agencies to crack down on the corrupt. It further states that the State Treasury, the FBI and other institutions will be engaged to detect and stop corruption cases by foreign representatives, while measures will be taken to prevent them from hiding their corrupt assets.