DP does not give up the "Becchetti" case, lawsuit in the Constitutional Court for blocking the investigative commission 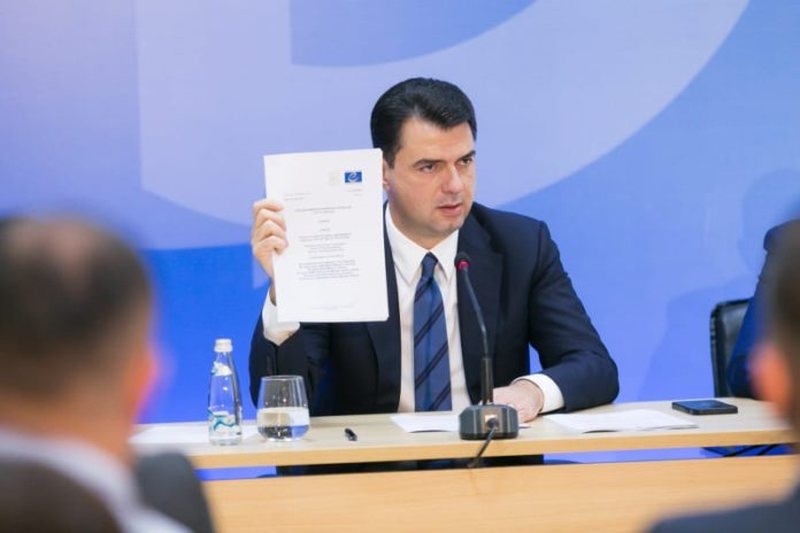 But the Democratic Party does not even intend to give up the Becchetti case. Yesterday, the leader of the Democratic Party, Lulzim Basha appeared at a press conference in front of journalists, while among other things he warned that the Democratic Party will address a lawsuit to the Constitutional Court for blocking the investigative commission "Becchetti" by the socialist majority. According to Basha, whoever intentionally caused harm to Albanians will have to answer to justice. "Apart from our initiatives such as territorial reform, electoral reform, commissions of inquiry, including the Becchetti commission of inquiry, for which a lawsuit will be filed very soon, or better to say an appeal to the Constitutional Court, are part of our parliamentary battle, which will continue side by side with our civic battle, encouraging, promoted all forms of civic reaction to these problems, to major problems, such as those we saw the first day of universities with students, to price problems, to any other problem. "Because these are the priorities of the Albanians and for us there can be no other priority more important than their priorities", he declared.

The "Becchetti" case, Basha: We will not pass it in silence

Earlier in a statement to the media, outside the blue headquarters, the leader of the Democratic Party, Lulzim Basha assured that the Democratic Party will not pass the "Becchetti" issue in silence. According to Basha, whoever intentionally caused harm to Albanians will have to answer to justice. "Those who are surrounded by the comfort of the office, but must bring to justice officials who abuse power. The constitution is clear to commissions of inquiry. Hiding the "Becchetti" file is not in the interest of Albania, but in the interest of those involved. Albanians will be deprived of money to pay their bill. We do not silently pass the disapproval of the investigative commission. "It is the only way to bring to justice," Basha underlined. Meanwhile, some time ago, the Democratic Party sued Edi Rama, Engjëll Agaçi and other senior officials in SPAK. as the event relates to the loss of the lawsuit against Italian businessman Francessco Becchetti. According to the DP, the issue of 110 million euros lost in the trial with Becchetti for the personal interest of Edi Rama can not pass only with political statements or the legitimate anger of citizens.