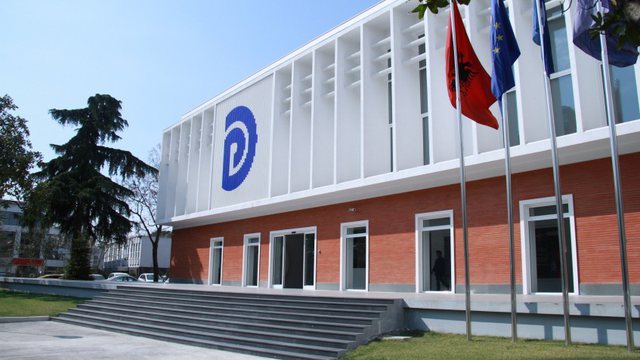 The Democratic Party reports to SPAK Minister Belinda Balluku for at least 6 criminal offenses related to the concession of 30 million euros of the quay of the Port of Durres. Kalata was given on a 5-year concession to a company registered in a tax haven, in flagrant violation of the tender requirements.

The Democratic Party reports to SPAK the Minister of Infrastructure, Belinda Balluku, for at least 6 criminal offenses related to the concession of 30 million euros of the Port of Durres.

In the report, represented by the Secretary General Gazment Bardhi, it is stated that he acted in flagrant violation of the law with the port quay by giving a concession to a company registered in the tax haven, "Hili Company Limited".

The Democratic Party has argued in the lawsuit 2 serious violations of the law and tender documents.

"The fact that this operator has qualified in violation of these legal criteria is a clear element that we have to do with the consumption of elements of corruption offenses" - said in the PD lawsuit for the Minister of Transport, Belinda Balluku and her subordination to the Port of Durrës, involved in this affair.

DP asks SPAK to contact the serious German company HHLA International Gmbh during the investigation. "Contacting the representatives of this company to show the main reasons that led to its withdrawal from this public procurement will expose the entire corrupt scheme and will confirm the competition with predetermined winners HILI COMPANY LIMITED." of PD, represented by the General Secretary, Gazment Bardhi.

DP considers that this is an ideal case for SPAK to be tried in front of the citizens by showing by deeds the functioning of the law for anyone who has violated it, regardless of whether he is rich or in power

Second, the concession was given to a company with owners registered in tax havens, contrary to the tender provisions. The tender documents clearly state that "The Bidder, including the members of the Provisional Union and its partners, must not be registered in places known as fiscal / offshore havens." 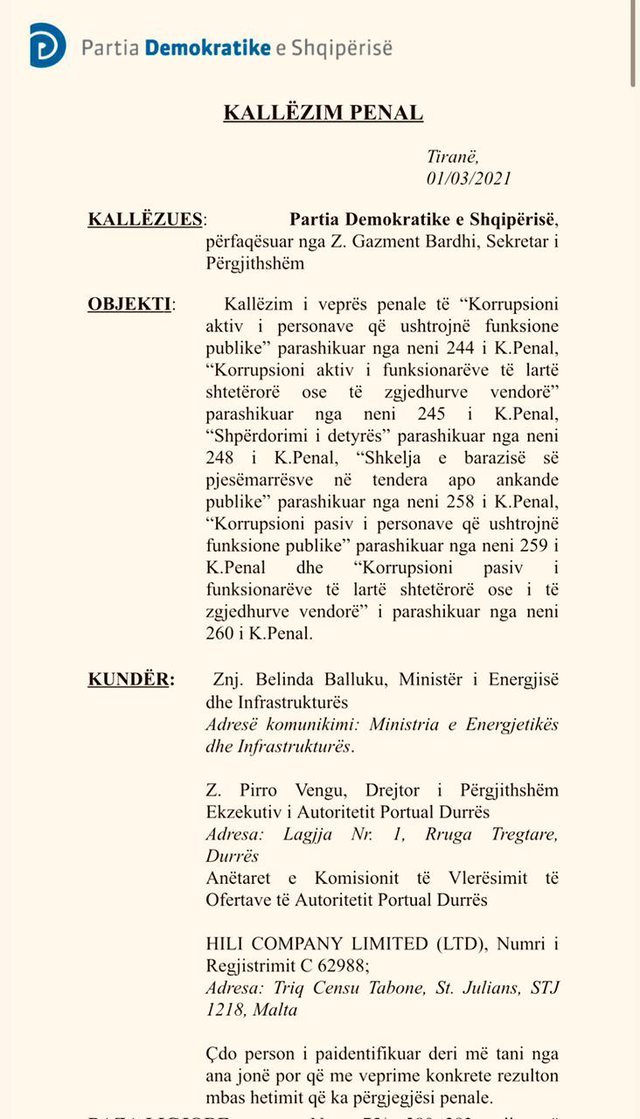 He left the pink headquarters for the Democratic Party, says the former official of the Socialist Party in Durrës: It was not an easy decision, here is what Vangjush Dako is doing away from the eyes of the cameras!

"Unprecedented!" / The Democratic Party comes out with a strong statement and denounces: Servers have been set up at the SP headquarters that eavesdrop and use the personal data of citizens. We will pursue it legally