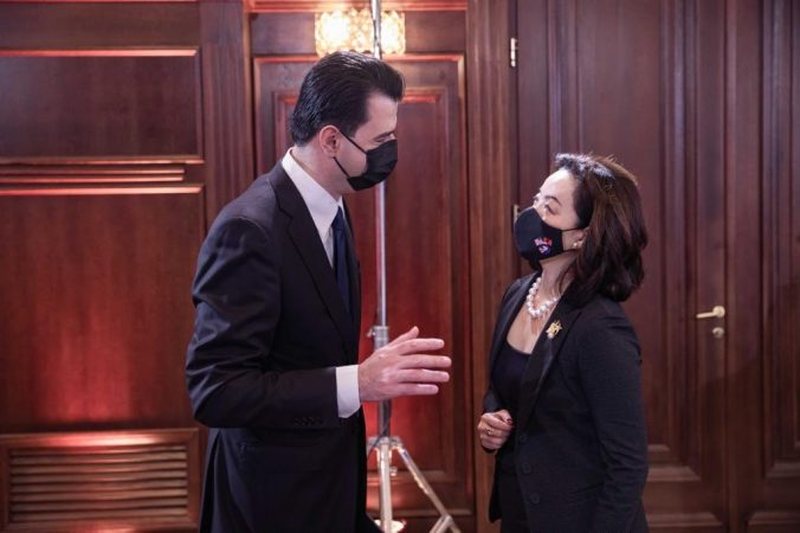 The Socialist Party and the Democratic Party are expected to move towards co-government. The newspaper "SOT" has emphasized several times that this scenario has been discussed for years, but yesterday it became clear that the Americans want such a thing. Yesterday, US Ambassador Yuri Kim held a meeting with the leader of the Democrats, Lulzim Basha, where, in addition to the request to remove Berisha, they also talked about co-government. The message was given by the American ambassador herself in the press statement, where she made it clear that with the return of the DP in Parliament, the SP must be serious in its commitments. "As the DP returns to parliament, it will be very important for the ruling party, the SP, to show that it is serious to rise above party interests for the sake of the country," Kim said. Prime Minister Edi Rama himself before and after the elections made an open invitation to Basha for co-government, while yesterday the ambassador seems to have received Basha's confirmation and sent a message to the prime minister to keep his word. The newspaper said a few days ago that the Germans were also working behind the scenes in order to have a broad PD-PS coalition, but apparently this is also supported by the US. Berisha's unwanted announcement seems to have been a well-thought-out scenario. The SMI was initially hit. The Americans supported the amendments to the Electoral Code, which removed the coalitions. Through these changes, the SMI lost the most and became 4 deputies. 2 days before the election, Yuri Kim dropped the bomb on the Presidency, where he told Meta to drop the charges of kidnapping forks. That was all it took and those who were hesitant did not vote for the SMI. So through April 25, Meta left. Meanwhile, the other person that the Americans do not want in a PD-PS government is Sali Berisha. The State Department came into play, declaring Berisha "non grata". In the case of Tom Doshi, Ambassador Kim made it clear that the US does not want unwanted names in Parliament. Yesterday, she made it clear to Basha and Berisha that the latter has no seat in Parliament in September. With the departure of Berisha and Meta, the Americans seem to be taking a big step, bringing something that has not happened in 30 years: co-government between the majority and the opposition.

The suspicions are that the idea of ??a co-government between PD and SP has been thrown in the agreement of May 17, 2017. Since this agreement, the parties have worked to prepare the ground for such cooperation. With Ilir Meta and Berisha active in politics, such a thing would not be achieved. Meta became president and is in the process of being fired, while Berisha is a "non grata" person and they no longer pose a risk. Meanwhile, before the elections, Prime Minister Rama tossed it as an idea by testing the electorate. The fact that it was voted on means that people support this. After the elections, Rama again did not change his position and extended his hand of cooperation to Basha, being open for both co-government and new local elections, to elect the president and to complete the reforms.