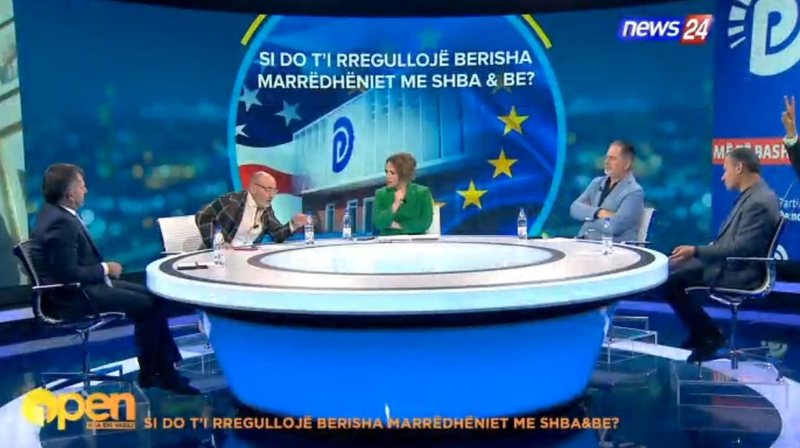 Invited to the show "Open", analyst Artur Zheji spoke about the relations of the Democratic Party after the election of President Sali Berisha, referring to the fact that he is a political figure declared non grata by the US.

He said that contrary to what was thought, even after the election of Berisha at the head of the DP, the internationals are coherent in their positions.

"There is no real hope that provokes rotation, second escalators, we do not know who are the powerful protagonists that PD is producing. Divided into loyal and more loyal but we do not see figures.

The internationals are coherent in their attitudes, unlike the one who thinks that after Berisha came to the helm of the Democratic Party, the attitude would change.

It is an open game, the parties stay coherent. The doctor has challenged me that I will be strong even though I am non grata, I will be at the head of PD. The internationals hold their position on this.

Analyst Andi Bushati, meanwhile, said that according to him, the opposition has escaped from a trap that aimed to turn it into a puppet opposition.

"Signals that the internationals are isolating the DP. The question is: Did the DP escape isolation from Berisha? Turning to the film we see that there was a plan largely organized by Yuri Kim to turn the opposition into a group of scarecrows. Separate the party from its voters. To make a puppet opposition used by the government and not voted by the masses. From this isolation the opposition escaped. "Will Berisha have a siege now, this is expected to be seen", he said.