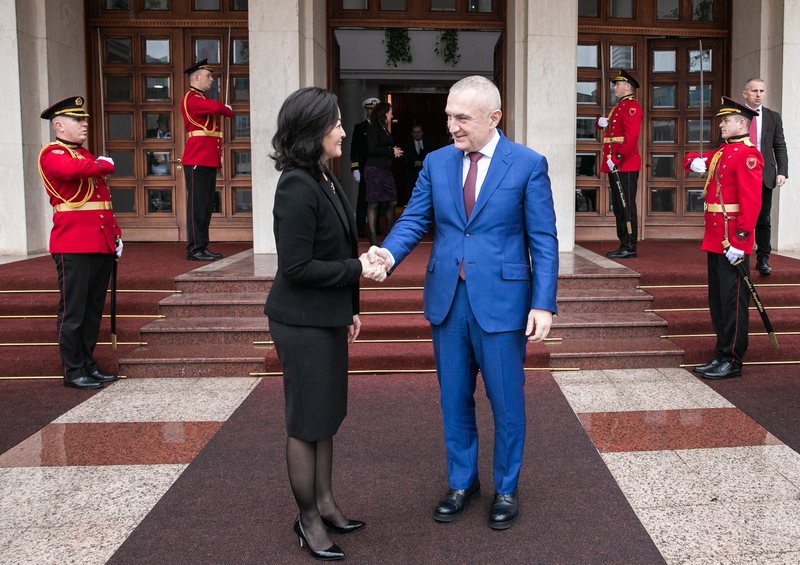 Analyst Ilir Kalemaj sees the position of the chairman of the Freedom Party, Ilir Meta, regarding the closure of the Turkish college "Mehmet Akif" as a political position to politicize everything.

In the MCN TV news studio, he stated that the Ministry of Education gave an official explanation regarding the closure of the college, but Prime Minister Edi Rama also did something similar.

Asked if the closure of the college could be related to Erdogan's request to hit the Gülenists, Kalemaj said that there has been a kind of consistent stance even from Turkey's politics as a stance perhaps against, as part of the Albanian opposition, but that according to him this it does not serve Albania-Turkey bilateral relations.

As for the meeting of Ambassador Yuri Kim with Ilir Meta, he said that many comments were made, but he described it as a routine meeting that would be held with all party leaders.

"Mrs. Kim had a meeting a few days ago with Mrs. Kryemadhi and leaders of other parties, even with Mr. Bylykbashi. PD is recognized as a political reality with both parties, but they have the obstacle for Mr. Berisha", said Kalemaj.

As for Sali Berisha's warning that he will submit a draft law to the Parliament that aims to remove the statute of limitations for prime ministers from 1992 to 2040, where prime ministers are exempted from Article 66 of the Criminal Code and be immediately prosecuted for any crime committed, Kalemaj stated that laws in general are somewhat arbitrary targeting specific persons.

"The laws are specified towards a certain person and for this reason they have been disputed and rejected by the Constitutional Court or the Venice Commission. I am referring here to the law of lustration.

Any type of law should aim to protect the rights of the individual and cover as wide a field as possible and heal the wounds of the past. Albania should have closed the process of decommunization, opening files and lustration at the beginning of the 90s.

We did not do this and this is one of the main reasons why Albania continues to be in transition and has not built a functional state of law.

If we make a law on decommunization, opening files and lustration, and it is based on the principles of informing the public and cleaning up politics by former security collaborators who participated in crimes, this would be welcome even 30 years after the fall of communism", said Kalemaj.

As Berisha convenes the National Council on Monday, Kalemaj sees the possibility that the local elections will unite the two parts of the Democratic Party as difficult.

"The DP union is a saga that cannot be resolved with a single act, I find it difficult that the parties have burned any kind of communication bridge between them. We have a parliamentary group without electorates and a party that has a very truncated parliamentary group.

As much as the parties try to deny it, and as if they are able to come to power without each other, they are conditioned by each other.

If they have the same socio-economic and ideological milestones as each other, they should put aside any nominal antagonism, in the function of an opposition front. Such is the Italian model, with three parties. How likely is this to happen? The chances are small", said Kalemaj.