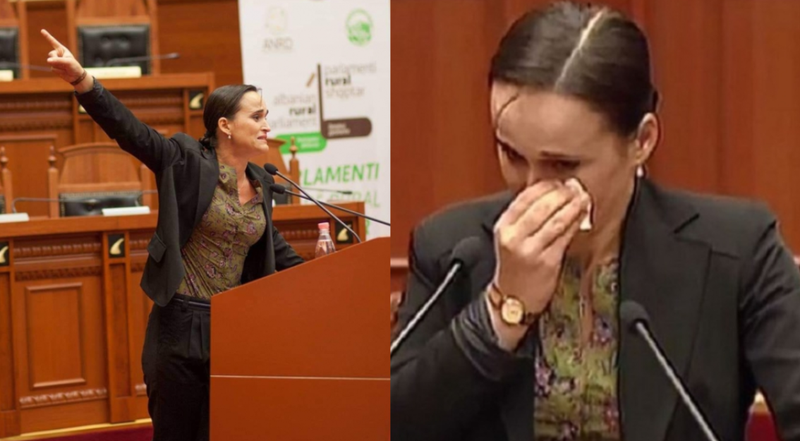 Rigerta Loku is known by all as the MP who made the Assembly cry with her speech. She will run in the April 25 elections under the banner of Rudina Hajdari's Nisma Thurje party.

Rigerta Loku has sought the trust of citizens to change the political blood, as people need new approaches and proposals.

Invited to the show 'Ditari', she stressed that they are focused on the gray electorate and those who have lost faith in the old politics.

"People need new approaches and new proposals. For 30 years there has been rotation it is a historic process for the young to get involved in politics and I am very open. Creating new parties and people to give their influence in Albanian life. I turn to those who have lost faith. To vote for the new, to give us the opportunity to move forward. We are focused on the gray electorate I do not have the experience of big parties but innovation. Something new must be introduced in parliament and the blood of politics must change. I have chosen the Knitting Initiative because it was new, I have chosen and invite anyone who wants to see how it works. "We are very open."

The candidate of the Knitting Initiative for the Lezha region stressed that the party she represents focuses on the individual and not the party, as well as meritocracy.

"In the Lezha Region, the Thurje initiative does not put the party before the individual. We are people then we are parties and this has nothing to do with the old parties. We are not indoctrinated in those old political dogmas. Everything must be left to time, the old parties there have been and are and all these people have the same people and people vote man individual, the party stands behind the individual. "Those who deserve it should stay in the workplace", said Loku.