Petro Koçi testifies in SPAK about the affairs of the Municipality of Fier: To settle accounts with the world of crime, the prosecution to investigate 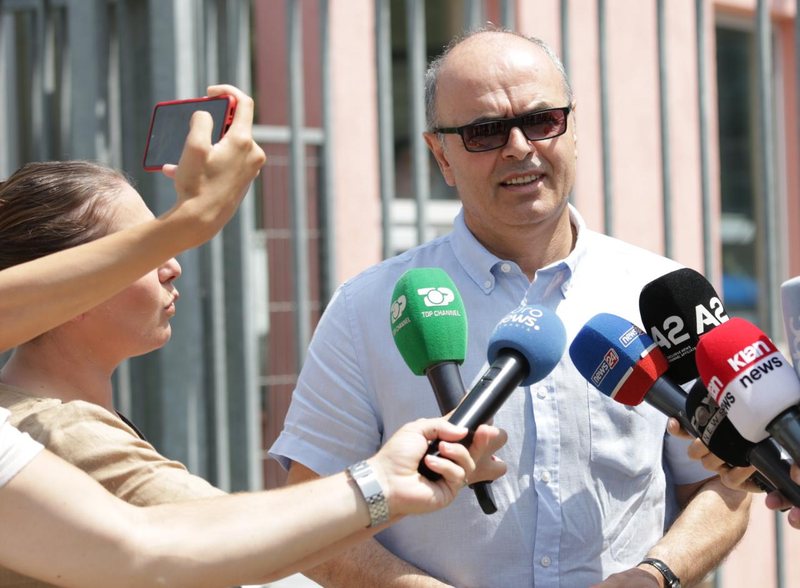 The socialist MP who came out of the April 25 elections, Petro Koçi testified yesterday in SPAK regarding his claims that the administration of Fier abuses finances. It was a prosecutor and a Judicial Police officer who received the statement of MP Petro Koçi, in the capacity of a person who is aware of the circumstances of the investigation. The deputy testified before prosecutors about what he had information about for about 40 minutes. After testifying for the Special Prosecution, Petro Koçi gave details to the media outside the doors of SPAK. Koçi said that his statements are not a showdown with politicians, but with the world of crime. He said that the criminals get their hands on the tenders in Fier, and according to him they even threaten the local authorities. "I am a politician, my attitudes are not to settle accounts with any politician, but with the criminal world, we should not allow them to have the opportunity to make decisions in public life, they dictate, or threaten officials of different levels. Most officials in Fier have not welcomed my statement which means that it hurts, the SP distances itself from any individual affected by crime, this is a motionless will of the DP. "After my statements, the media has made concrete accusations and references and I tell you that I denounce everything concrete, I will be a politician so that public life is cleaner", he said. The elected deputy of the Socialist Party also made the strong accusation that the world of crime in Fier is connected with politics, especially with relations with the SMI, which have also influenced the result of the last elections. He stressed that he has also made complaints against the administration of the Socialist Party. "I am one of the politicians who have filed criminal charges several times. During the campaign I denounced a judge. I am a politician and I feel that the world of crime in Fier is quite influential. This awareness is also very necessary for SPAK. There have been consolidated links with politics. Links with the SMI also affected the election result. "If you refer to my personal history, I have made reports and are part of the SP administration", he declared.

Koçi calls on SPAK to act

The elected MP of the Socialist Party, Petro Koçi, said that his statements should encourage the SPAK to investigate. He said that he has previously made reports for various entities. "I have clarified that in the first place my statement has to do with the positive work that SPAK is doing. SPAK has no restrictions and in Fier it is free and obliged by law for SPAK to act. I am a politician who has reported various subjects, I am neither a prosecutor nor a judge, because you have to have concrete documents, I am not an investigator. "People of this world went to work more simply than ordinary people then," said the deputy. We recall that the deputy was called to SPAK to testify on his statements he made a few days ago, from where he said that in Fier the hands of crime are extended over public finances.