The debate broke out in the studio between the SP deputy and Zheji: I woke up your aggressiveness, because you are very calm! The analyst returns: Ore they said the war broke out in the Balkans, to invade us ... 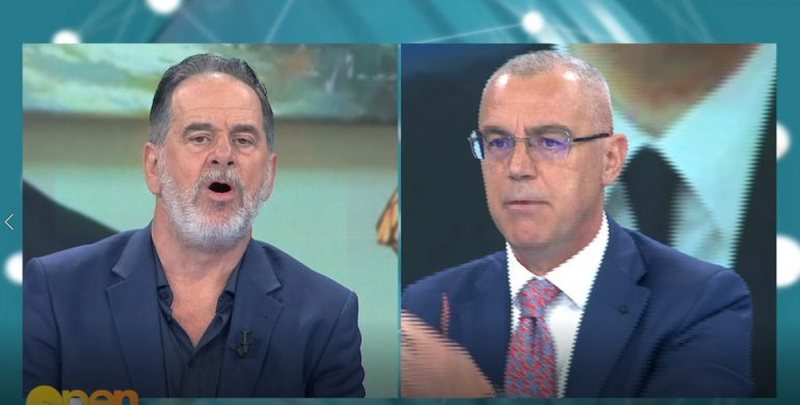 Analyst Artur Zheji has debated tonight with the SP MP, regarding the blocking of negotiations, who called the language of Prime Minister Edi Rama to the European Union a serious mistake, saying that you can not blackmail Europe, as it harms the country yours.

On the other hand, the socialist MP, Arben Pëllumbi, objected, saying that Europe tells us in the eye, without blinking, when we do not do our homework, so we must tell them without fear , when they err.

Excerpts from the studio debate:

Pëllumbi: Albania and RMV did not fail, but the EU failed to keep its word to our countries, because Albania and RMV are held hostage to a Bulgarian vote, which has to do with historical aspects.

Zheji: Ore they said the war broke out in the Balkans. To invade us.

Pigeon: I do not believe we have failed.

Zheji: We can see beyond. There is one thing, we are allowed some kind of speech because we are outside the European fence. We are a country that is considered in the primitive stage of European civilization. We may have given birth to this civilization in antiquity, but we may be in primitive. We danced in the wolf's mouth. This is the syndrome, they do not want us. For this we will defend ourselves in a bunker, where we have Commander Rama, who will protect us. But we also have Vucic, who warns of war. How can you blackmail Europe? It seems to me that in this case Rama lacks advisers, or is so in love with himself that what he does in the Albanian Parliament with a few turkeys, he thinks he can do with Europe. But, he made a very serious mistake.

Pëllumbi: I think completely differently and I want to see myself, but also to represent those people who do not see themselves persecuted. Europe has the right to tell us in the eye, without shaking your eye, about the things we have not done well, while we should not tell them, when in this case things are not going well with the EU.

Pëllumbi: I did not interrupt you at any moment. I am very glad that I awakened your aggressiveness, that you are very calm.

Zheji: It has confused the theater stage.

Pigeon: You are letting them say that. I think quite differently, that we should not be afraid to tell them what is wrong. And he told them this, that is their problem, that we are in this situation. If they do not solve this, the EU will have much bigger problems.

The government makes the final decision, here is what will happen to the police officers who are appointed away from the residence