"The police and Albania are in danger", the appointment of the new director of the Criminal Police, the Democratic Party reacts 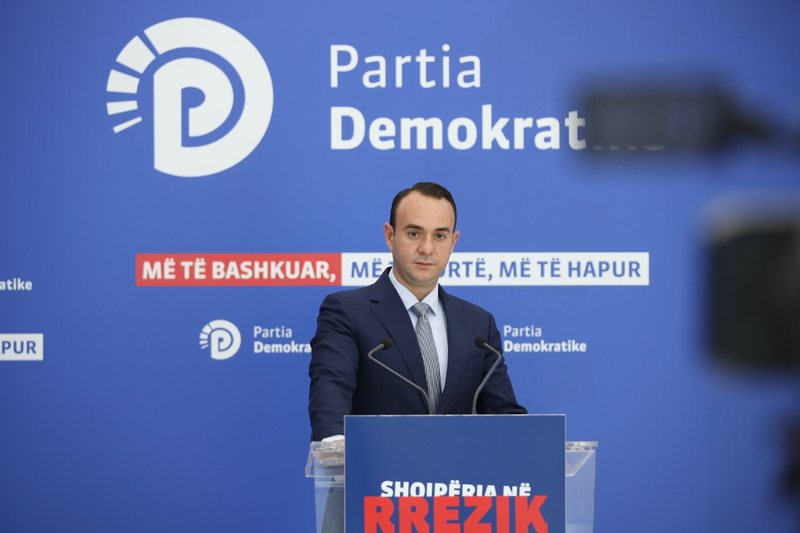 The Head of Organization in the Democratic Party, Klevis Balliu, in a statement from the blue headquarters, said that the person who was appointed this morning to the post of Director of the Criminal Police is notorious, especially as a protector of "Cocaine Routes", during his time as director. of the Elbasan District Police.

Balliu stated that his activity in support of international drug trafficking culminated in the "Xibraka" case, while he stated that with such directors, the Police and Albania are in danger.

Full statement:
Neritan Nallbati is appointed director of the Criminal Police, in the reformed institution of Gladis Nanos, even though he left in 2003 as an associate of Revenge for Justice.

Nallbati is especially notorious as the protector of the "Cocaine Routes", during his time as director of the Elbasan District Police.

His activity in support of international drug trafficking culminated in the "Xibraka" case.

According to media and confidential reports, Neritan Nallbati has continued without interruption the role of supporter of illegal activities and infiltrator of the world of crime in the Police, even at the time when he was leading the Durres Police.

Since October 2021, there has been an exponential increase in drug trafficking in the country's largest port.

His appointment as head of the criminal police is the repeated case of promoting corruption in the top hierarchy of the State Police.

It is indicative that it is not competition and honesty that helps you make a career, but involvement in affairs and substantial corruption.

The Democratic Party condemns the decision of the general director of the Police, who appears in Tirana as a favorite of the American FBI.

Someone like Neritan Nallbati wouldn't even be accepted as a guard in the FBI yard, let alone the top hierarchy.

It is absurd to appoint a suspected and dismissed person in charge of the fight against crime.
We also condemn the criminalization of blue uniforms, and at the same time we emphasize that the police force is not corrupt. There are dedicated professionals and honest patriots in it.

Their bosses, under the best example of the political bosses in the party, have turned the police weapon into a party antechamber, where honor is taken from them and Albania.

With police officers like Neritan Nallbati in charge, the Police and Albania are in danger.

The arrests for the "Incinerators"/ Kelliçi sheds light on the behind-the-scenes and makes a strong statement: Rama chose who will go to prison, if SPAK will do justice...