Prençi demands an explanation from Noka: How is it possible that I got 16 votes in the area where I have brothers and cousins? Muli mocks and asks for Ylli Rakipi's shoe number: Thank you so much 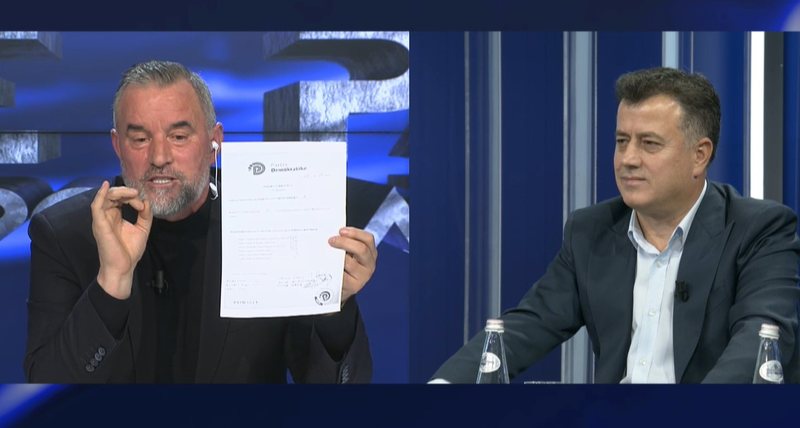 They, in some way, were surprised by the extremely high number of votes that their opponent Arjan Hoxha received. This has prompted Dogjani and Prenc to accuse of manipulating the lists.

Prençi said that the Socialist Party is strongly committed to electing the weakest candidate in Kamëz. He even asked for explanations from MP Flamur Noka, how it is possible that he received only 16 votes in an area where there is a large part of his tribe, brothers and cousins.

Noka did not have any comments, and even diverted the discussion by making jokes. "Let's also talk about the tires of my car, because they are a little worn out", said Noka.

The result of the primaries of Kamza was, the first Arjan Hoxha with 2095 votes, followed by Asllan Dogjani with 1049 votes and Shemsi Prençi with only 207 votes.

Part of the debate in the show "The Unexposed":

Shemsi Prençi: Noka is well aware of the demographic composition, those coming from Kukësi and Dibra make up 50%. In these polling stations, where mostly my brothers and cousins ??are, I received only 16 votes and my opponent received 422 votes and Asllan Dogjani received 60 and I received only 19 votes. There is a huge SP investment to choose the weakest candidate.

Noka: Ylli, can we also discuss your shoe size?

Noka: Thank you, that's all I had.